The year 2021 has seen some remarkable performance over the year across all formats. From India breaching the Brisbane fortress in January to the T20 World Cup highs to Joe Root amassing over 1600 runs in Test cricket, there were no short of excitement.

On that note, we look at 5 speculator cricketing moments in 2021 that will enthrall the fans even in the coming days.

The stage was set for a nail-biting encounter at the Dubai International Stadium. Pakistan opted to bowl and Shaheen Afridi proved that decision of skipper Babar Azam right as he bulldozed India’s batting with three crucial wickets.

He got Rohit Sharma out for a golden duck before dismissing KL Rahul out for 2 runs leaving India at 6/2. Virat Kohli and wicket-keeper batter Rishabh Pant forged a crucial partnership before Kohli got out to Shaheen Afridi after a well-made 57.

Riding on speedster Shaheen Afridi’s 3/31, Pakistan restricted India to a score of 151/7 which was easily chased down. Pakistan skipper Babar Azam scored 68 while chipped in with 79 to thrash India. 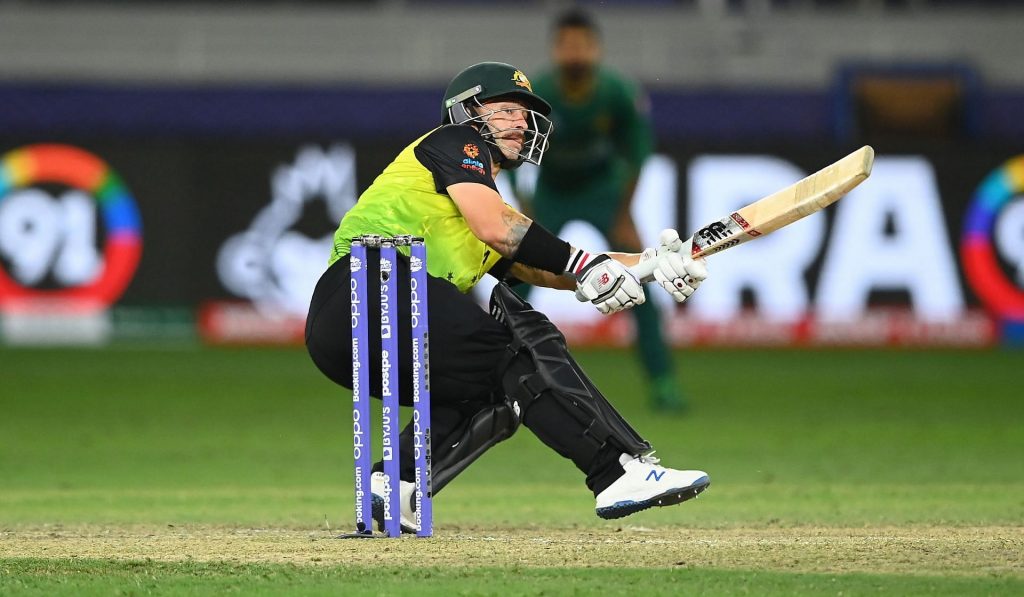 Chasing the score of 176, Australia was struggling with 96/5 after Shadab Khan spun the web around the Australian batting picking up 4 wickets. However, Matthew Wade and Marcus Stoinis forged a crucial partnership to bring Australia back into the match, the equation coming down to 21 runs needed off 10 balls.

After a drop chance from Hasan Ali, Wade smashed Pakistan’s leading pacer Shaheen Afridi for 3 sixes of three consecutive balls to help Australia book a place in the finals of the T20 World Cup.

Australia eventually went on to win the T20 World Cup title for the first time in history.

Scott Boland had a debut to remember in the Boxing Day Test at the Melbourne Cricket Ground. Australia were in a strong position in the 3rd Test with a lead of 82 runs in their first innings.

With five wickets off 19 balls, Boland also equaled the joint-fastest record for a 5 wicket haul in Test history.

#4 Kieron Pollard 6 sixes in an over vs Sri Lanka

Chasing a small target of 132 to win, West Indies were struggling with Akila Dananjaya spinning the web around the Caribbean batting line-up picking up a hat trick.

In walked West Indies skipper Kieron Pollard, who took off-spinner Dananjaya to cleaners in his next over, taking 36 runs and becoming only the third man to hit six sixes in an international match, emulating Herschelle Gibbs and Yuvraj Singh.

Ajaz Yunus Patel entered the record books by becoming only the third player in the history of Test cricket to take ten wickets in innings. Jim Laker and Anil Kumble are the only other players to achieve the feat.

Ajaz took 3 wickets in the Kanpur Test and helped New Zealand draw the 1st Test in Kanpur. Coming into the second Test in his birthplace Mumbai, Ajaz Patel spun the web around the Indian batting line-up taking 10/119 to script history. Ajaz continued his good form in the second innings picking up 4 wickets but received no support from the other end and the batters.

The performance of Ajaz Patel went in vain as team India won the match by a huge margin of 372 runs.