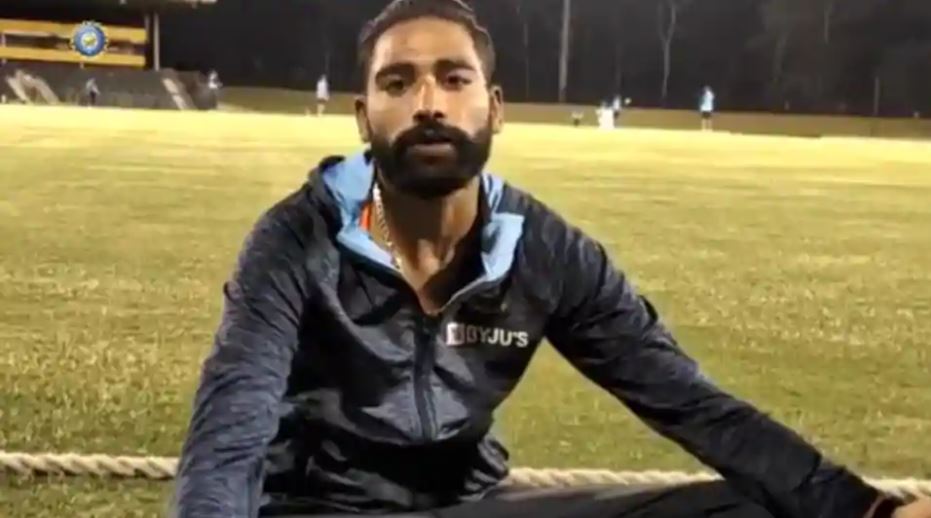 Indian Pacer Mohammed Siraj has received the support from his skipper Virat Kohli following the death of the fast bowler’s father in Hyderabad. Virat Kohli advice to Mohammed Siraj be strong is helping Mohammed Siraj cope up with the heavy loss of his family member. No one would truly understand Mohammed Siraj’s position more than anyone than Kohli himself would do as he himself lost his father at a very early age during a Ranji trophy match.

Kohli who was a teenager back then in his teenage days then came out to bat after performing the last rites and scored a knock of 97 runs which went on to show how mentally strong Virat Kohli was in his early days. Mohammed Siraj who is currently with the Indian contingent in Australia chose not to fly back home to be with his family as he decided to stay on performing national duty for the country.

Siraj revealed what Kohli said to him and reminded him that his dad wanted him to play for India which is why he shouldn’t stress much and instead focus on getting his best out for the side.

“Virat bhai said ‘Miyaan tension maat le (don’t be tensed) and be strong. Your dad wanted you to play for India. So, do that and don’t stress,” the 26-year-old Siraj told ‘bcci.tv’ on the sidelines of India’s training session in Sydney.

My Mom Reminded Me Of My Father’s Dreams – Mohammed Siraj

Mohammed Siraj in a recent interview to BCCI revealed how his father was his biggest support in him becoming a cricketer as it was his father’s wish that his son one day goes on to represent the Indian team. He further revealed how his mom reminded him of his father’s dreams which is why she asked him to stay back fulfil his duty for the nation.

“My father was my biggest support, it’s a big loss for me. My father’s wish was to see me play for India. My mindset is to fulfil his dream. My father is not here in this world but he is with me all the time,” Siraj told BCCI in a video interview.

The fast bowler speaks about overcoming personal loss and why he decided to continue performing national duties in Australia. Interview by @Moulinparikh