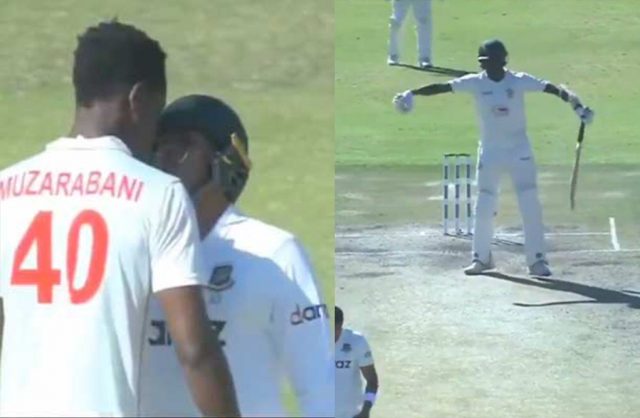 Bangladesh comfortably won the one-off Test match against Zimbabwe. However, the face-off between Blessing Muzarabani and Taskin Ahmed was the one that stole the limelight.

On day two of the Test match, Bangladeshi tailender Taskin Ahmed successfully left a delivery off Blessing Muzarabani and followed it up by showing off his dances moves. This irritated the Zimbabwe pacer, who charged up to Taskin and started staring at him.

Now this is something!

Muzarabani and Taskin get into each other's faces!

Both Muzarabani and Taskin were fined 15 percent of their match fees for breaching Level 1 of the ICC Code of Conduct and one demerit point was added to their disciplinary records.

Blessing Muzarabani gave it back to Taskin during the 93rd over of Zimbabwe’s innings. He hit Taskin Ahmed for a boundary at the deep mid-wicket fence. Muzarabani then danced on the pitch copying Taskin’s moves. The video soon went viral on social media. Muzarbani’s dance moves have left everyone impressed. 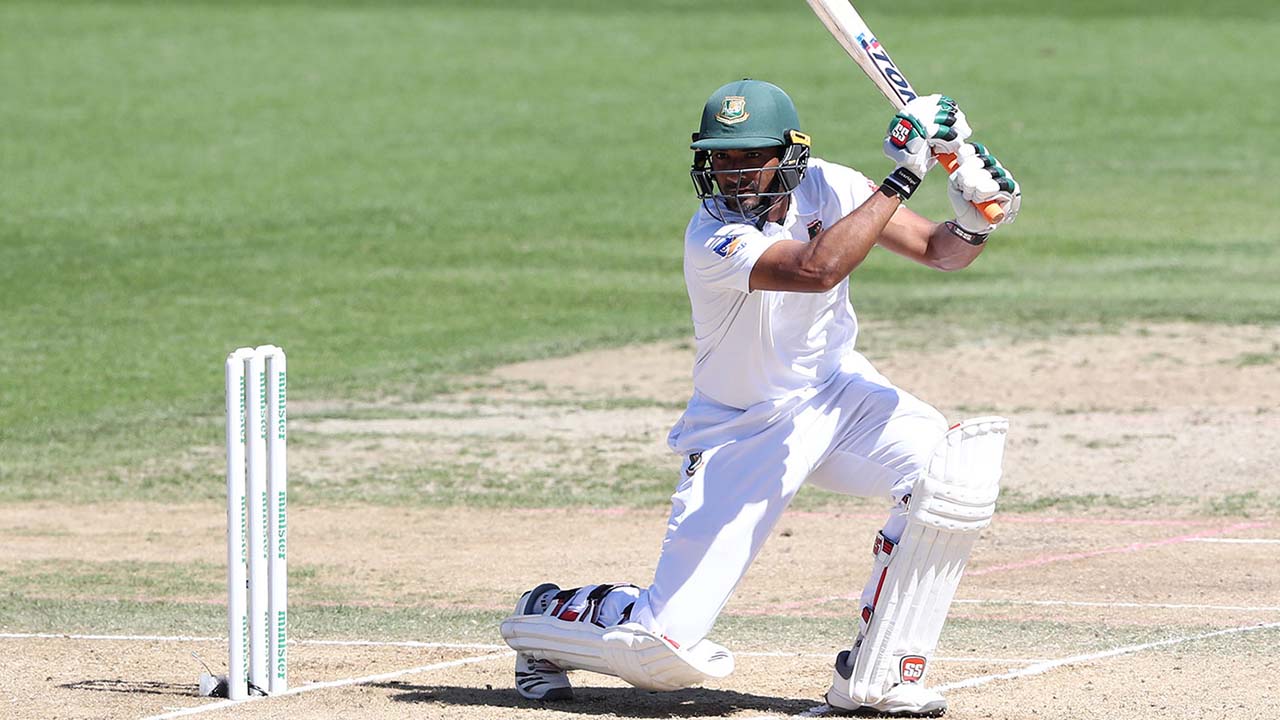 Bangladesh skipper Mominul Haque won the toss and chose to bat first at the Harare Sports Club. Mahmudullah who is playing his 50th test match celebrated the occasion by scoring an unbeaten 150. Wicket-keeper batsman Liton Das missed out on his hundred by just five runs.

Mominul Haque and Taskin Ahmed also contributed 70 and 75 each to take Bangladesh to 468. For Zimbabwe, Blessing Muzarabani picked up three wickets.

Except for the top three, the rest of the Zimbabwe batting line-up failed to get going and ended up with after the end of their first innings. On the back of Shadman Islam’s 115 and Shanto’s 117 Bangladesh declared their innings on 284/1. Zimbabwe needed  477 to win but succumbed to just 256 runs. Brendan Taylor’s 92 runs and Tiripano’s 52 runs went in vain as the rest of the batting line-up collapsed.

The Bangladesh team gave Mahmudullah a guard of honour for playing his 50th Test match. Mahmudullah has reportedly announced his retirement from Test cricket after this match.