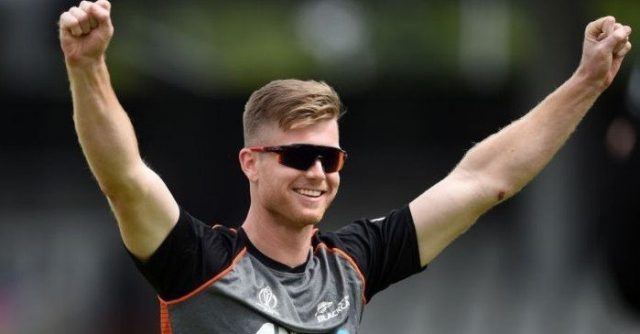 The England vs New Zealand, ICC 2019 World Cup result is a never-ending debate. The controversial rule of boundary count came to the fore after England was declared the winner based on more boundaries scored. It seems New Zealand all-rounder Jimmy Neesham has still not gotten over the final loss.

Neesham took to Twitter to share a hilarious take on the Euro 2020 final and draw a connection with the ICC 2019 World Cup final. The Euro 2020 final between England and Italy ended 1-1 at the end of extra time. The winner of the summit clash was decided by penalties. Italy scored on three penalties versus England’s two to clinch the Euro 2020 title.

Jimmy Neesham tweeted: “Why is it a penalty shootout and not just whoever made the most passes wins?” taking a dig at the controversial boundary count rule.

Why is it a penalty shootout and not just whoever made the most passes wins? 👀 #joking 😂

England started the game off brilliantly. Luke Shaw scored a goal in just the second minute of the game. It was the fastest goal ever in a European Championship final. England ended the first half  1-0 ahead. Leonardo Bonucci scored the equalizer for Italy mid-way through the second half of the match. As no more goals were scored by the teams, the match ended in a tie even after the extra time.

In the penalties, Marcus Rashford, Jadon Sancho, and Bukayo Saka missed for England. Italian goalkeeper Gianluigi Donnarumma saved two penalties in a row to win the title for his country.

“England had more corners …. they are the champions!” – Scott Styris on Euro finals

Another New Zealand Cricketer, Scott Styris tweeted on the same lines reminding the fans of the ICC 2019 World Cup final. Styris wrote, “I don’t understand…. England had more corners …. they are the champions! #Stillsalty”

I don't understand…. England had more corners …. they are the champions! #Stillsalty

After the ICC 2019 World Cup final, fans and cricketers from all around the world criticized the boundary county rule. Australian great Brett Lee called it “a horrible way to decide the winner”. The International Cricket Council (ICC) scrapped the rule after the dramatic final.