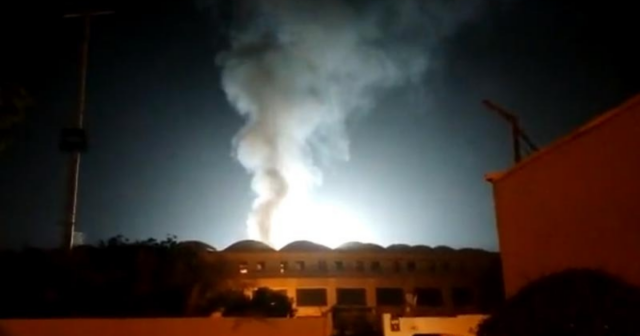 A fire broke out inside National Stadium, Karachi just 2 days before the beginning of Pakistan Super League (PSL) 2022. The incident is said to have occurred late at night amid preparations for the Karachi Kings vs. Multan Sultans game to be played on Thursday.

According to sources, the fire in the makeshift commentary box started because of a short-circuit in the wires. The commentary box, which was formerly situated on the stadium’s third floor, was relocated to the ground floor in order to comply with bio-security regulations

Fortunately, there were no casualties. Before anything catastrophic could happen, local officials were able to extinguish the fire.

Babar Azam vs Mohammad Rizwan on Day 1 of PSL 7

Meanwhile, PSL 2022 will kick off on January 27 (Thursday) with defending champions Multan Sultans locking horns with Karachi Kings. It will be a battle between two of Pakistan’s most popular cricketers currently, Babar Azam and Mohammad Rizwan. Babar and Rizwan would be leading Karachi and Multan respectively. Multan Sultans had won the last season under Rizwan’s captaincy.

The first leg of the competition will be held in Karachi before moving to Lahore on February 10. The playoffs and final will also be played in Lahore. The government had originally planned to allow full crowd for this season, but due to an increase in COVID positive cases, just 25% of fans would now be permitted to enter the stadium.

The PSL was postponed in March last year when six players tested positive for COVID-19, and the tournament was relocated to Abu Dhabi in June. “We have designed and put in place robust health and safety protocols for the well-being of all PSL participants.”, PCB chairman Ramiz Raja said ahead of PSL 7.