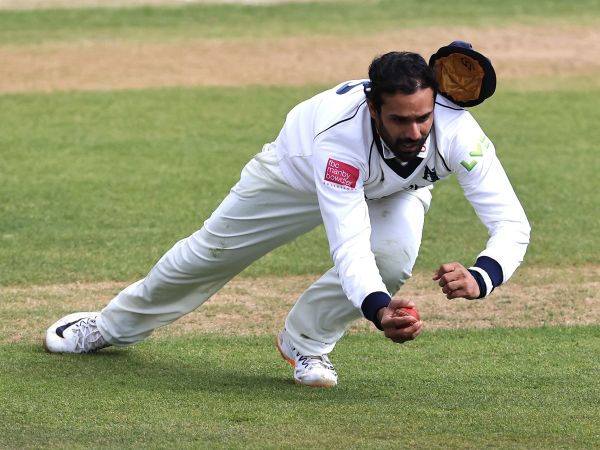 The Indian Premier League (IPL) 2021 has the spotlight that it deserves for all the action, thrill it offers to the audience. The franchise-based league has given glamour and fame to so many players making them the household names. Players win attention by showcasing their skills on the field. But sometimes the league fails to house some of the most talented players, one of them is Hanuma Vihari.

But that did not stop Vihari from making the headlines. On Tuesday, Vihari made his County Championship debut for Warwickshire against Nottinghamshire. The Andhra Pradesh-based cricketer paved his way by taking a significant one-hand catch in that match at Trent Bridge. He took the catch at the right time of the match.

Winning the toss, Nottinghamshire opted to pad first. Warwickshire were brilliant with the ball. They removed four wickets early in the innings. Stumbling at 63 for 4, captain Steven Mullaney was stitching a partnership with Joe Clarke. After Nottinghamshire went past 100, William Rhodes was brought into the action. His arrival flicked immediately.

Rhodes delivered a half-volley towards the leg stump. Mullaney decided to select a shot by the pace and tried to smash the ball on the leg side. Hanuma Vihari, stationed at the mid-wicket ran behind, put his one hand out, and jumped to complete the catch with one hand.

The official Twitter handle of the county championship has tweeted the video with the caption:

“A debut wonder catch for Hanuma Vihari,” they wrote while sharing the video.

Meanwhile, Hanuma Vihari grabbed the headlines after his heroics against Australia in the four-match Test series. He batted for almost four hours alongside Ravichandran Ashwin to help India to draw the third Test against Australia in Sydney with a hamstring injury. Since then, he has been out of action and only returned during the final phase of the Vijay Hazare Trophy last month.