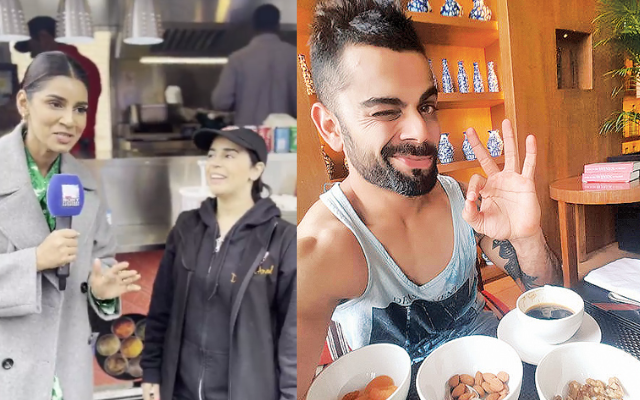 India and England are facing each other in the fifth Test match at Edgbaston in Birmingham. This is the last Test match of the series with the Indian team leading by a margin of 2-1 currently. England captain Ben Stokes won the toss and elected to field first. Rishabh Pant and Ravindra Jadeja scored brilliant centuries to take India to a dominating position.

The visiting side are currently staying in Birmingham for the Test match. The weather spoiled the majority of the second day of the Test match. In between the rain breaks, sports presenter Sanjana Ganesan chatted with the India’s caterer about the dish and food which Indian players like.

Sony Sports network posted a video of it on their social media handle. At the end of the second day , the England team lost their five wickets for a total of 83 runs. Jonny Bairstow and Ben Stokes have a big responsibility on their shoulders to bail them out of the pressure situation.

The Indian team put up a total of 416 runs in the first innings. Rishabh Pant, Ravindra Jadeja and Jasprit Bumrah were the shining stars with the bat. Jadeja and Pant formed a 222 run partnership for the sixth wicket. James Anderson picked up a brilliant Fifer and was the only bowler from England who created pressure on the Indian batsman.

Jadeja in the press conference said, “I was always thinking of leaving balls outside the off-stump, because discipline is important in English conditions , otherwise you can get caught in the slips. As a batsman my self-confidence will go up. I am feeling very confident with my batting.”