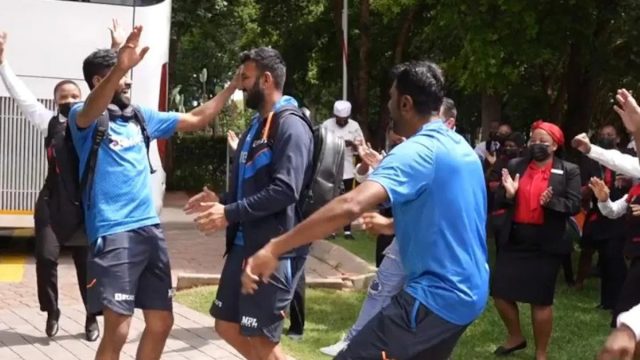 Team India started their South Africa tour with a convincing 113-run win in the first Test in Centurion. The pace bowlers dominated the match where they picked up 18 out of 20 South African wickets that fell. Meanwhile, after the win, Indian players were seen enjoying themselves in the team hotel.

While the opener KL Rahul did well with the bat and scored a century in the first innings, Mohammed Shami led the team from the front and claimed 8 wickets in total. Moreover, this was India’s first-ever win in Centurion as well and with this, Virat Kohli became the first Indian captain to win two Test matches in South Africa.

However, following the historic win, the players of the Indian cricket team celebrated by shaking their legs at the resort. The celebrations even included the hotel staff as well.

Wow😍 virat
Is that dravid dancing behind virat kohli https://t.co/Xc1X20aflS 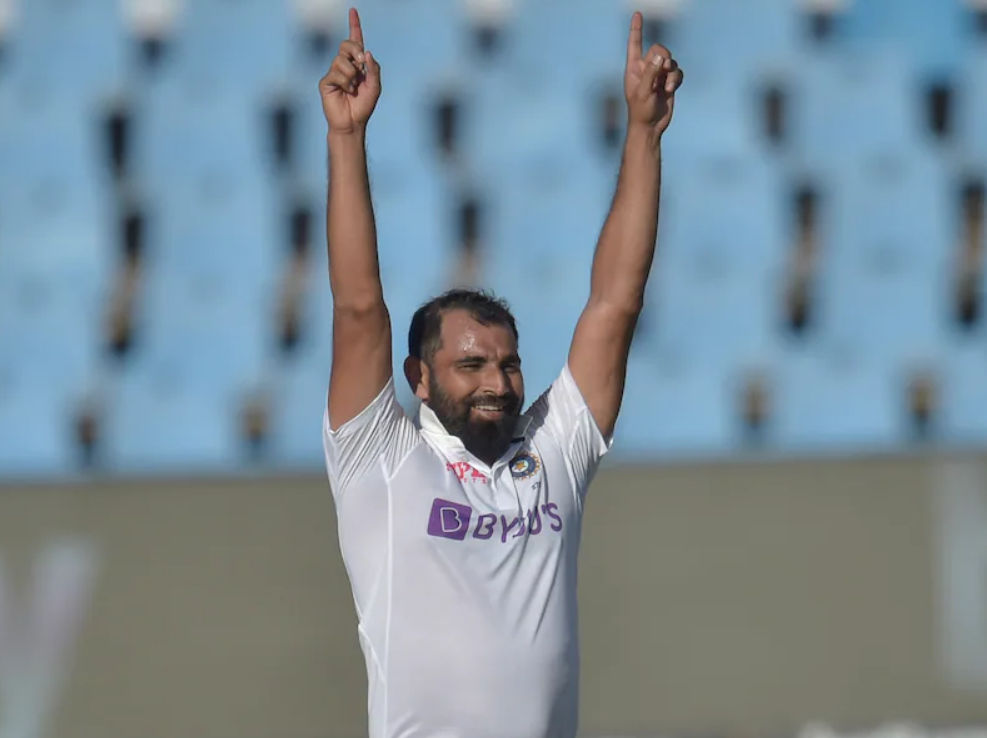 Meanwhile, Indian Test captain Virat Kohli has praised India speedster Mohammed Shami as one of the “three best seamers in the world” after the win.

Kohli, while speaking in the post-match presentation after the huge 113-run win, said that Shami’s ability to take wickets on flat wickets on the back of his brilliant control and skills make him a “world-class talent” as well. Kohli said:

“Absolutely world-class talent. For me, he’s easily among the best three seamers in the world right now. Just the way he bowls on pitches which don’t seem to offer too much to others. He just gets that extra bit from any pitch he bowls on purely because of his strong wrist, his seam position, and his ability to hit a length consistently, and areas where you can’t leave the ball is his biggest quality. Very, very happy for him to get 200 wickets.”

Along with Shami’s brilliance, Jasprit Bumrah was equally brilliant in the Test. The pacer picked up five wickets. Kohli also opened up on Bumrah’s impact on the Test as well. The India captain added:

“The fact he didn’t bowl much in the first innings probably allowed the opposition to get around 40 extra runs. We probably would have had a larger lead and the game wouldn’t have gone that close that it did on the last day… Us as a batting unit speak about this often if we have to face them (the bowling unit), it’s a very difficult task in today’s cricket. Just the way these guys bowl together has been a hallmark of our team getting a result in difficult situations. Huge credit to them for not just this Test but where Indian cricket is for the last 4-5 years.”