Delhi Capitals skipper Rishabh Pant is gearing up for the fifteenth edition of the Indian Premier League 2022, which commences on March 26 in Mumbai. The wicket-keeper batter, hit the ground running along with the rest of the squad on Sunday.

Rishabh Pant was seen smashing towering sixes in the nets during their training session at the BKC in Mumbai. The likes of Yash Dhull, Sarfaraz Khan, and Kamlesh Nagarkoti were watching the wicket-keeper batter’s batting exploits from behind the nets.

Rishabh Pant led the Delhi Capitals to the playoffs in the Indian Premier League 2021 season. However, they could not advance to the finals. With the bat, Rishabh Pant had a decent season.

He scored 419 runs at an average of 34.91 and a strike rate of 128.52. The wicket-keeper was retained by the franchise during the pre-auction retention round for INR 16 crores. He will be eager to perform for the franchise and lead them to their maiden IPL title this year. 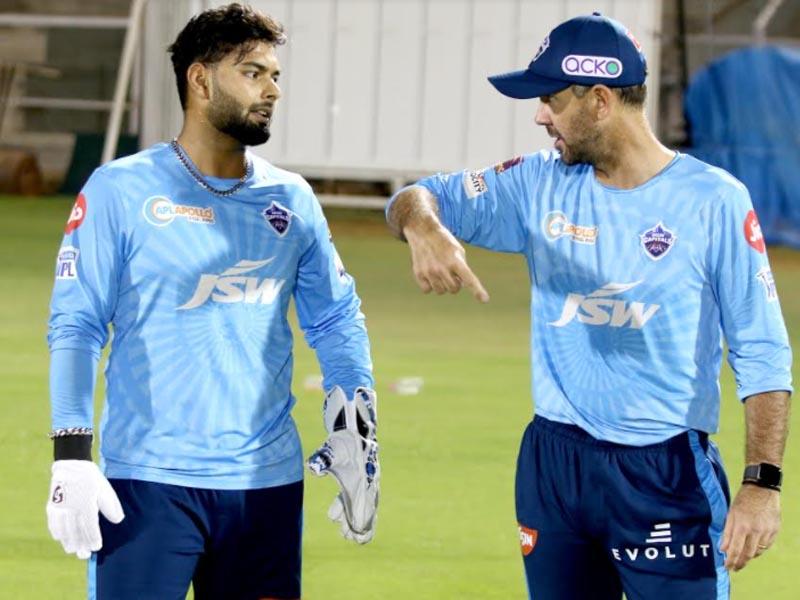 The head coach of the Delhi Capitals team, Ricky Ponting wants to focus on the first game at the moment. In a video shared by the Delhi Capitals, Ricky expressed that the side has an energetic vibe around them, which is what they always strive for. He said,

“At the moment, we need to really focus on what we need to do to get ready for game one. I had a great first session with the players. There’s an energetic vibe around the team, which is what we always strive for.”

Ponting also stated that along with Skipper Rishabh Pant, all-rounder Axar Patel, Prithvi Shaw, and Anrich Nortje will too have the responsibility of guiding the youngsters this season. The quartet has been part of the Delhi Capitals squad for a while now.

“The guys who have been in the Delhi Capitals camp for a while definitely have the responsibility of guiding the youngsters in the team. Rishabh’s Captain, so he’s going to do that anyway, but guys like Prithvi, Axar and Nortje will also have their roles and responsibilities within the team,” Ricky Ponting said.

Delhi Capitals will begin their campaign in the Indian Premier League 2022 against the Mumbai Indians on March 27 at the Brabourne Stadium in Mumbai.