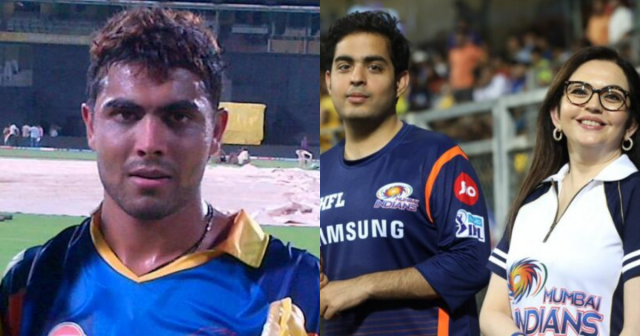 Ravindra Jadeja made his IPL debut in 2008 for Rajasthan Royals. The team bought him through the draft system in place for the U-19 India players. Jadeja played first two seasons for RR. The Royals wanted to renew his contract but reportedly the All-rounder didn’t agree.

Ahead of IPL 2010, Ravindra Jadeja was found to be contacting other franchises (Mumbai Indians) for better deals. This was a breach to players’ guidelines and hence Jadeja was banned for one year.

IPL said in a statement: “Based on a unanimous decision taken by the IPL Governing Council and on instructions from the President of the BCCI, India cricketer Ravindra Jadeja was handed out a one year playing ban. He will not be allowed to play for any IPL team for the next one year.”

“The ban was on account of Ravindra Jadeja not signing the renewal contract with the Rajasthan Royals and attempting, instead to negotiate a larger financial contract with some of the other IPL franchises. Thus, resulting in a serious non-adherence to the IPL player guidelines.”

The then IPL chairman Lalit Modi said: “The player guidelines laid out by the Governing Council of the IPL are sacrosanct and all players will need to strictly adhere to the same. We will not tolerate any player playing games or blackmailing any teams or the IPL/BCCI in any manner.”

Jadeja tried to resolve the issue by speaking to then-BCCI President Shashank Manohar, but his appeal was rejected. IPL Governing Council committee also reprimanded Mumbai Indians for showing interest in signing a player midway through his contract with another franchise (Rajasthan Royals).

Before the IPL 2022 auctions, CSK retained Jadeja for 16 crores (higher than MS Dhoni). Two days ahead of the IPL 2022 season, MS Dhoni handed over the CSK captaincy to Ravindra Jadeja. Jadeja will only be the third player to lead the Chennai team. Dhoni led the franchise in 213 games while Suresh Raina captained the team in 6 matches.