We are just one day away from history being created in cricket. On June 18th the first-ever World Test Championship final will be taking place at the Ageas Bowl in Southampton. India and New Zealand will be part of the historical first-ever WTC Final both the teams have worked hard and performed remarkably over the last 2 years to reach the finals

India and the Black Caps are the top 2 teams in the world, both the teams contain star-stubbed players line-up, from experienced players like Cheteshwar Pujara & Ross Taylor to young talents like Kyle Jamieson, Shubman Gill, and Rishabh Pant.

Fans are expecting the high-intensity clash between Aggressive Virat Kohli and Calm Kane Williamson’s team. Virat Kohli is currently ranked at no.4 in the ICC test batsman rankings and the Kiwi captain Williamson is at the No. 2 spot. Giving company to captains; Rohit Sharma, Rishabh Pant, and Henry Nicholls are in the Top 10 batsmen rankings.

In the ICC Test bowling rankings, Ravichandran Ashwin is at No. 2 positions followed by Tim Southee at No. 3 and Neill Wagner at No. 5. Meanwhile, Kyle Jamieson, Colin de Grandhomme, Ravindra Jadeja & Ravichandran Ashwin are part of ICC’s top 10 all-rounder rankings.

Here are the top 3 battles to watch out for in the ICC World Test Championship final: 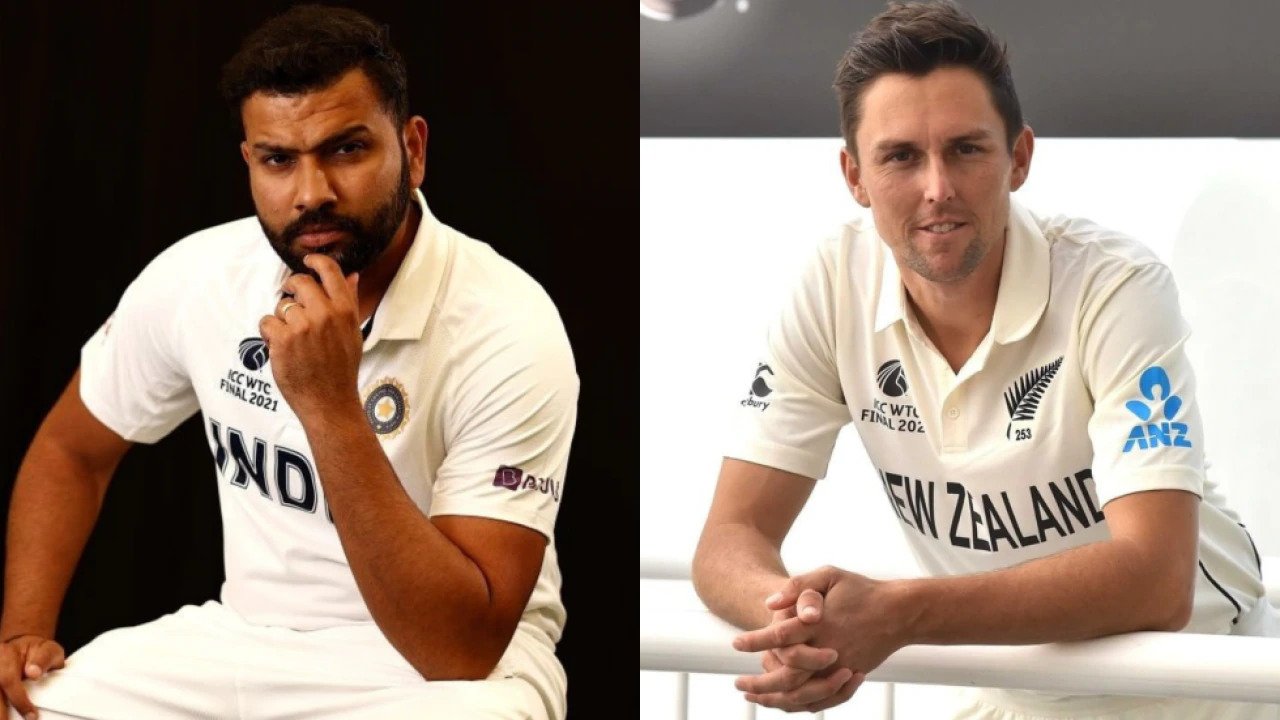 The Mumbai Indians comrades will become rivals in the WTC final. Hitman is one of the best white-ball batsmen and since he has started opening for the team in tests he has been doing a great job too.

Rohit Sharma struggles a lot against left-arm Pacers and Trent Boult is considered one of the best in this field, his line, length, and swing are brilliant which can give a tough time to Rohit Sharma. Trent Boult has studied Hitman a lot in international cricket and the Indian premier league while playing under him in the Mumbai Indians squad.

If Trent dismisses Rohit with his abilities India will be in trouble similarly if Rohit smashes Boult from the start kiwis will have some hard time dealing with the opening batsman. This battle will surely be an interesting one.