Opener Rohit Sharma has taken over the captaincy reigns of Team India from Virat Kohli across all the formats. The Mumbai batter has been one of the senior-most players in the lead, and has vast experience in leading a team.

However, given the workload, Rohit Sharma might have to sit out for a few matches and rest. In his absence, the Indian team is looking to groom a leader for the future who can captain across all the formats. With many experienced multi-format players in the Indian team, the task will be to choose the ideal skipper.

On that note, let’s take a look at three players who can lead India across formats in Rohit Sharma’s absence. 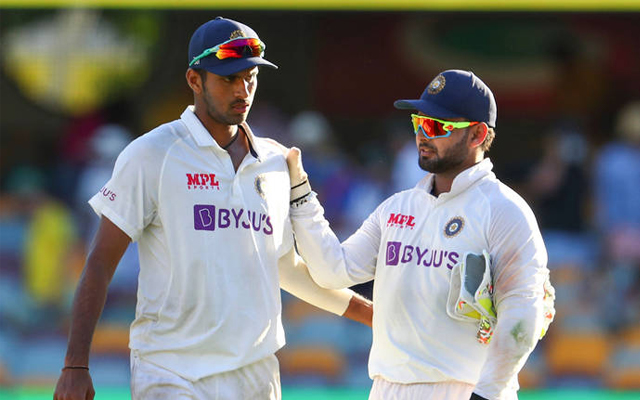 India’s wicket-keeper batter Rishabh Pant has been a key performer for the team across all the formats of the game. He does not have the experience of leading at the International level, however, the left-hander’s captainship with the Delhi Capitals has been impressive.

Rishabh Pant led the team to the playoffs of the Indian Premier League 2021 season. The wicket-keeper has also been in great form across formats for India. Averaging in nearly 40s in the last couple of years for the country.

Former India cricketer Yuvraj Singh recently put his weight behind Rishabh Pant to lead India in Test cricket. The 24-year-old has been an all-format player for India, which makes him a great candidate for India’s captaincy across formats.

Ace fast bowler Jasprit Bumrah has one of the sharpest cricketing brains in World cricket at the moment. He is being looked at as one of the candidates to replace Rohit Sharma as the captain of the Indian team across formats in the future.

Just like Rishabh Pant, Jasprit too does not have captaincy experience at the highest level. However, during the recent series against Sri Lanka, he was named Rohit’s deputy for both the T20Is and the Test, as KL Rahul was unavailable for selection due to an injury.

Jasprit Bumrah has emerged as the leader of the Indian pace bowling attack over the last few years. He remains one of the candidates to lead India in all formats of the game.

Karnataka-born KL Rahul has been an integral part of the Indian team across all the formats. He was recently appointed as Rohit Sharma’s deputy, and also led the team in the skipper’s absence.

The wicket-keeper batter, though, could not do well in the first few matches as the Indian skipper, but he certainly has the potential to be the leader. KL Rahul is currently leading the Lucknow Super Giants in the IPL and has been very successful.

The 30-year-old is the front-runner to lead India across formats, if Rohit Sharma is not available.