Cricketers are often known for their on-the-field performances, their innovative strokes or bowling variations, or for their shrewd tactics. The fans or their teammates lovingly, assign nicknames to the players, referring to their personality or performance. For years, Pakistan cricketer Shahid Afridi is called “Boom Boom” by the fans. The great West Indies bowler Joel Garner is referred to as “Big Bird”.

Similarly, if we take a look at the Indian cricketer, former skipper Sourav Ganguly is known as “Dada”, while, Sunil Gavaskar as “Sunny”. The current Indian skipper Rohit Sharma is known as “Hitman”, while MS Dhoni was called as “Captain Cool”. Both their nicknames describe their on-the-field personalities.

Former India skipper Virat Kohli’s nickname from his younger playing days is “Chiku”. Wicket-keeper batter MS Dhoni made the name quite famous among the fans, as he used to call Virat by his nickname from behind the stumps. The fans picked up the nickname from the stump mic, and refer to the Indian cricketer by it.

In a live Instagram session with Former England cricketer Kevin Pietersen a few years back, Virat Kohli had revealed the story behind his nickname. He stated that during his younger days, he used to have big checks and short hair.

Kohli added that as he has big ears and cheeks, he used to resemble “Chiku”, from the Champak comic. “Chiku” was the name of a rabbit in the comic, and this is where the star India batter’s nickname came from.

Anil Kumble was one of India’s greatest match-winner. He is the leading wicket-taker for India in Test matches, with 619 wickets at an average of 29.65, with thirty-five five-fers and eight ten-wicket hauls. The leg-spinner is referred to as ‘Jumbo’ by the cricketers and the fans.

During a Q&A session, after he was appointed as India’s head coach, Anil Kumble revealed that former India cricketer Navjot Singh Sindhu gave him this nickname. He stated that he was playing for the Rest of India team during an Irani Trophy match at the Feroz Shah Kotla (now the Arun Jaitely Stadium) in Delhi.

In that match, Navjot Singh Sidhu was standing mid-on position, for Anil Kumble’s over. One of the deliveries took off from the wicket. Sidhu, surprised by it, called the delivery ‘Jumbo Jet’. Kumble revealed that the ‘jet’ got dropped, and people started calling him ‘Jumbo’ ever since the incident. 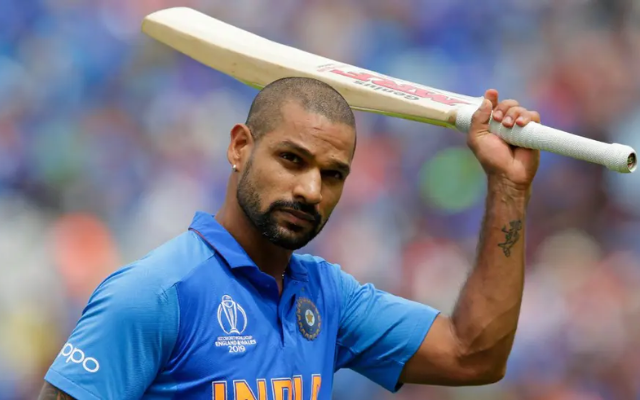 Shikhar Dhawan is known as “Gabbar” by the cricketers and the fans in the fraternity. The story behind his funny nickname is an interesting one, deriving his nickname from the Sholay movie character “Gabbar.

In an interview with Vikram Sathaye in “What The Duck” season 2, Dhawan was asked how he got the famous nickname. The opener had revealed that during one of the Ranji Trophy matches, he screamed Amjad Khan’s famous dialogue from the Sholay movie while fielding at the Silly Point.

“Bahut Yarana Lagta Hai”, Shikhar Dhawan shouted. All the close-in fielders burst into laughter hearingS Shikhar Dhawan’s dialogue. The Indian cricketer added that since then, his teammates call him “Gabbar”.

Venkatapathy Raju was a former India left-arm spinner, known for his courageous bowling. He was someone who was never scared to flight the ball, inducing the batters to commit mistakes. Raju played 28 Test matches and 53 ODI for India, taking 93 and 63 wickets in the respective formats. He was known as “Muscles”.

In an interview with Firstpost, Venkatapathy Raju had opened up about the story behind his nickname. He revealed that the name “Muscles” was given to him by South African all-rounder Brian McMillan. Raju expressed that as he was one of the thinnest guys in the team, McMillan gave him the name.

The former India cricketer Rahul Dravid is one of the greatest to have played the game. He has various nicknames, however, “Jammy” is the most funniest. He was given this name during his early playing days by his teammates. Later the fans picked it up, as he played for the Indian team.

Rahul Dravid’s father Sharad Dravid used to work for Kissan Products. In one of the interviews, Dravid revealed that it was former India pacer Javagal Srinath who used to call him “Jam”, which eventually became “Jammy”. This was during Rahul Dravid’s initial days for Karnataka at the domestic level.

Interestingly, a few years later, Dravid even acted in a Kissan commercial. In the advertisement, he puts on a range of disguises, including dressing up as a girl, a monk, and a vampire to get the jam.