Virat Kohli led Royal Challengers Bangalore (RCB) had an amazing first half of the Indian Premier League 2021 edition. The Bangalore-based franchise won 5 out of 7 matches in the Indian T20 league. Before the tournament suspension, Kohli and Co. were sitting at the number 3 spot in the points table.

The 15th edition of Indian Premier League; IPL 2022 is all set to have a mega auction. And the franchises can only retain a maximum of three players (or less) before the auctions. One obvious retention choice for Royal challengers Bangalore is definitely Captain Virat Kohli.

Also alongside Kohli, his best friend and Legendary Proteas batsman Ab de Villiers will be retained. There is a feature in IPL which allows IPL teams to buy back few players who have played for the team. In the auction, the franchisee can use the Right to Match (RTM) card to attain that feature and include players in the squad.

AB de Villiers and Virat Kohli will definitely be retained by RCB ahead of the IPL 2021. Let us have a look at 5 players on whom the Bangalore Franchise can use their Right to Match Card in the 15th edition of the IPL auction. 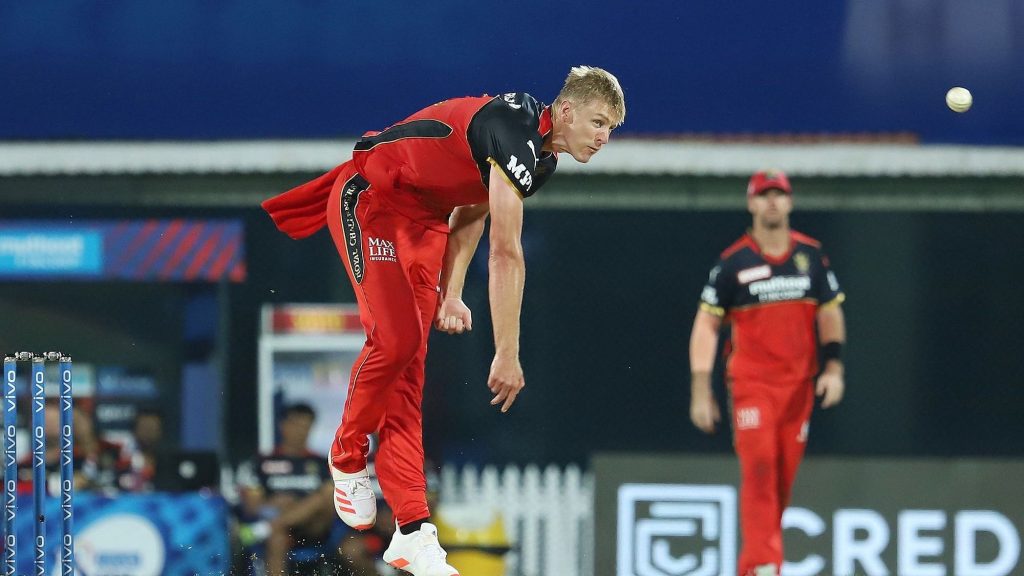 RCB bought New Zealand pacer, Kyle Jamieson, at the price of whopping 15 crores before IPL 2021. Spending a massive amount on the Kiwi pace All-rounder turned out to be a good decision for team RCB. Lanky pacer Jamieson did a pretty good job with the ball in IPL 2021.

Jamieson represented the Bangalore franchise in all 7 matches. Kyle was able to pick 9 crucial wickets for the team at a strike rate of 16.00. Adding to it he was the second-highest wicket-taker for RCB in the 14th edition of the Indian Premier League.