England cricketer Alex Hales has hilariously trolled the Pakistan Cricket Board over the food served to him in the tournament. Playing for Islamabad United in 2021, Hales has scored 139 runs so far with the best score of 46. The ongoing season has seen a total of 14 matches with the season being stopped midway with seven players being reported of COVID-19 positive. The announcement was made just before the match between Lahore Qalandars and Islamabad United in Karachi.

Meanwhile, Alex Hales was served unhygienic food for breakfast after which he has trolled the PCB. He shared a picture of the bread and the eggs that he was served for breakfast. In the picture, two eggs could be seen with a toast and an unopened packet. One of the eggs served was not worthy of eating and was out of shape. 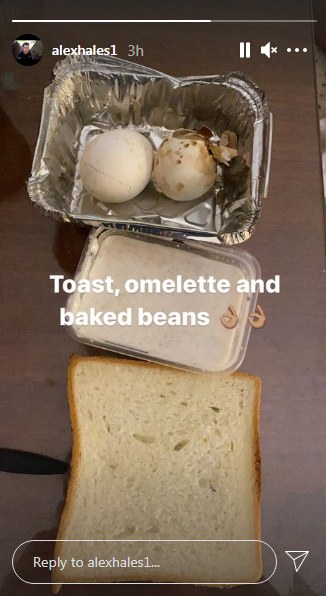 Meanwhile, the PCB in an official statement announced the postponement of the tournament. The tournament had started on February 20 and only 14 of the 34 scheduled games took place before seven new COVID cases were reported.

“Following a meeting with the team owners and considering the health and wellbeing of all participants is paramount, the Pakistan Cricket Board has decided to postpone the HBL Pakistan Super League 6 with immediate effect. The decision was made after seven cases were reported in the competition, which had started on 20 February”, PSL released a statement.

“The PCB, as an immediate step, will focus on the safe and secure passage of all participants, and arrange repeat PCR tests, vaccines and isolation facilities to the six participating sides,” the release from PCB further stated.

The organising committee called for a meeting a day after three positive cases were reported, including Quetta Gladiators batsman Tom Banton and Karachi Kings fielding coach Kamran Khan. This comes within days of Quetta’s Fawad Ahmed testing positive, which led to the postponement of a league fixture by a day.

Season 5 of the PSL had also been postponed due to the rising COVID-19 cases in Pakistan. Now for the second time in a row, the league has been suspended which is a huge blow to the Pakistan Cricket Board.