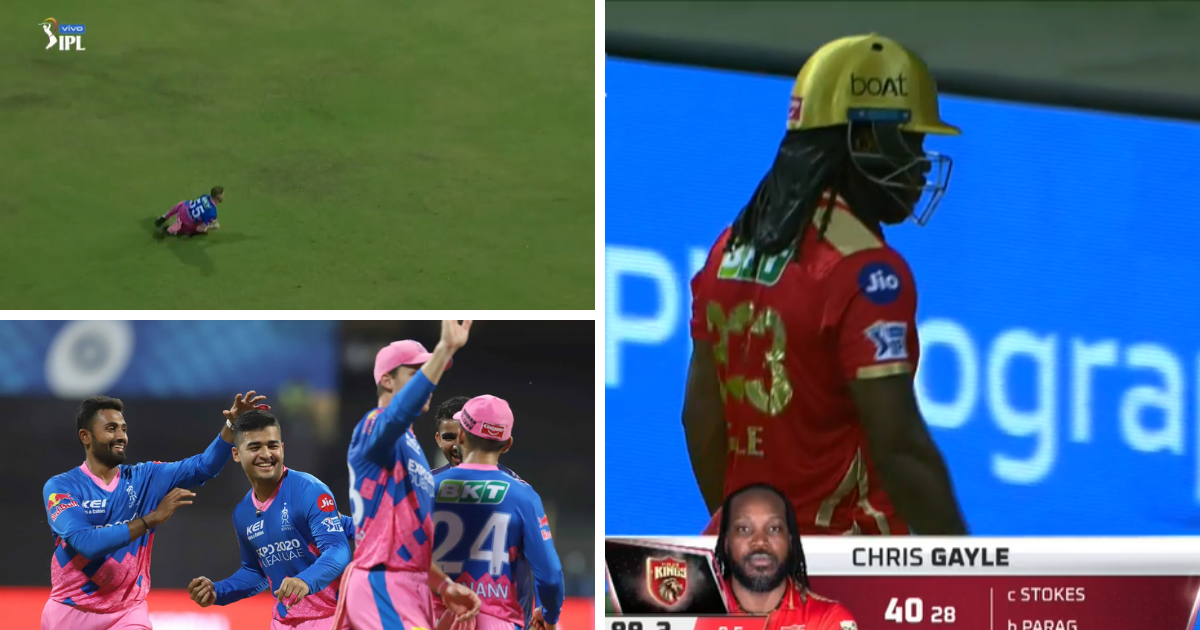 Rajasthan Royals all-rounder Ben Stokes made up a dropped catch with a brilliant gathering to dismiss Chris Gayle during their IPL 2021 game against Punjab Kings at the Wankhede Stadium in Mumbai. Meanwhile, the game is poised brilliantly with Punjab at 89 for two at the end of the 10 overs with skipper KL Rahul still in the middle.

Meanwhile, asked to bat first, Mayank Agarwal went top gear early on in the innings before getting dismissed for 14 runs. Since then, KL Rahul and Chris Gayle, who came out at No.3 dominated the proceedings. While Rahul adopted a cautious approach, the Universe Boss went berserk against the Rajasthan Royals bowlers after seeing out a couple of deliveries early on in his innings. Just when Gayle started looking dangerous hitting a couple of sixes in his 28-ball 40 runs knock, Ben Stokes held onto an excellent catch to provide Rajasthan with a breakthrough.

That was heaved away off the pads by the dangerous-looking Chris Gayle from a normal off-spinner of Riyan Parag. Ben Stokes, who was positioned at long-on did well this time by grabbing it diving in front, and injuring his finger in the process. Rajasthan Royals get the much-needed breakthrough as Gayle was looking really dangerous.

Riyan Parag looked extremely happy and the famous ‘Bihu’ dance is back out in the middle which he did in the last edition.

The departure of Chris Gayle saw the arrival of Deepak Hooda ahead of Nicholas Pooran and the all-rounder from Baroda just destroyed the Rajasthan bowling taking them for cleaners. He struck some audacious boundaries all round the park bringing his half-century in just 20 deliveries to set the platform for Punjab KIngs for a stunning finish.