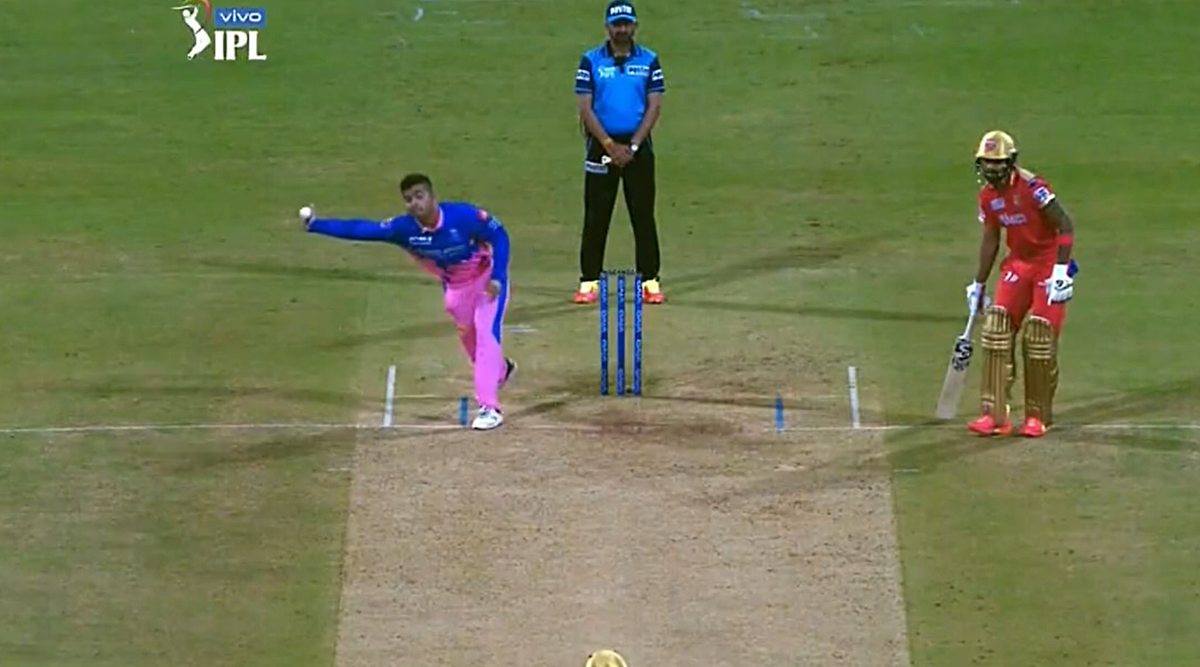 Riyan Parag is one of the most talented youngsters playing in the IPL 2021. The 19-year-old is known for executing big strokes but his spin bowling is also pretty underrated which he showcases time and time again in the IPL. In the ongoing Rajasthan Royals and Punjab Kings match in Mumbai, his mystery bowling action caught the eye of everyone.

When the Punjab Kings were executing big strokes at will, Parag decided to do something different and what followed next stunned everyone as he bowled a sidearm delivery that didn’t look legal. To be honest Parag almost bowled an underarm delivery as his left arm was below his shoulder and was a little similar to Kedar Jhadav’s bowling action. The batsman on strike could only manage a single as Parag landed the ball in the perfect area.

While Twitter was buzzing after Parag unleashed his secret action and some even called it chucking which can be debated. It will be interesting to see whether Parag continues to use that bowling action during the IPL or decides against it and sticks to conventional off and leg spinners. As far as the match is concerned the Punjab Kings side is eyeing a total well in excess of 200 runs.

Also Read: Chris Morris Talks About Being The Costliest Player In the IPL Auction History

When u work too hard on shoulder day in gym to impress a random hot girl and then u can't lift your arm in match. #RRvPBKS Riyan Parag Gayle #PunjabKings pic.twitter.com/H7UZ2kiyFC

Meanwhile, KL Rahul and Deepak Hooda are putting on a show at the Wankhade stadium and smashing RR bowlers to all parts with utmost ease. The bowling RR has so far had very few moments to celebrate about it the match as PBKS are currently 194 for 2 in the 18th over. Hooda after coming to bat at 4 has taken the match completely away with his splendid knock of 64 runs in mere 27 balls. The skipper on the other hand is batting on 72 runs which he has made in 41 balls and is eyeing yet another IPL century.

Also Read: IPL 2021: Sanju Samson Hilariously Snubs The Match Referee And Keeps The Coin In His Pocket At The Toss