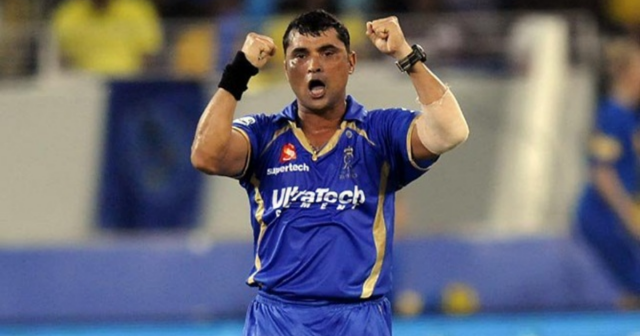 MS Dhoni: The Untold Story, Shabaash Mithu, Bhaag Milkha Bhaag – biopics on sports players’ journeys are in trend these days. The latest to the addition is veteran leg-spinner Pravin Tambe. While he didn’t attain much success, Tambe became a household name and an inspiration for many playing in the IPL.

The fans will get to know more about the life of Pravin with a biopic set to hit the OTT platform Disney+Hotstar on April 1. The cinema has been titled ‘Kaun Pravin Tambe?’

Bollywood actor Shreyas Talpade will play the lead, and it will be directed by Jayprad Desai. The movie also features Ashish Vidyarthi, Parambrata Chatterjee and Anjali Patil in crucial roles.

Pravin Tambe, whose career is all about self-belief, made his IPL debut at the age of 41. Despite being on the wrong side of the age, he managed to make a significant impression at the biggest T20 competition. At the age of 48, Tambe, in 2020, became the first India to feature in the Caribbean Premier League (CPL).

Meanwhile, lead actor Shreyas Talpade was happy to portray the life of the celebrated cricketer.

“After 17 years of playing the lead in ‘Iqbal’, I feel very fortunate that I am portraying Pravin on screen. The role and the story provided me with a once in a lifetime opportunity and I loved and treasured every minute of filming. I am very grateful to Bootroom Sports and Fox Star Studios and our immensely talented director Jayprad who envisioned me in this role,” Shreyas Talpade was quoted as saying by India TV.

“It’s an honour to represent Pravin and I will always treasure the time spent with him in preparing for this role which required a new level of dedication and effort from all of us. I hope our audiences not only enjoy the film but are touched and inspired by it,” he added.