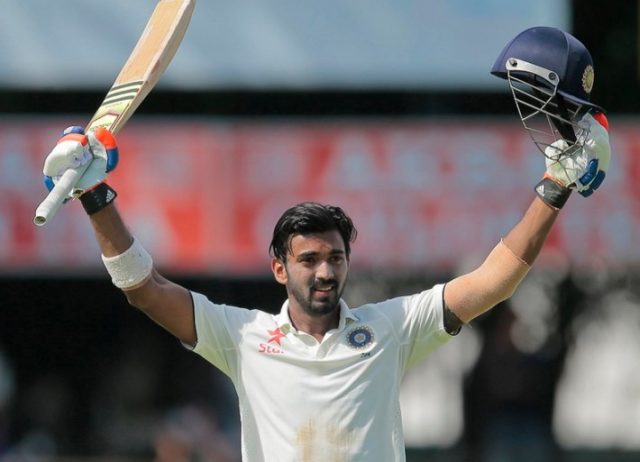 The three-day warm-up match between Team India and County Select XI began at Riverside Ground in Durham on July 20. The biggest highlight of the match was the century scored by star batsman KL Rahul. Rahul’s ton came when Team India was struggling to put runs on the board. He smashed a brilliant century before getting retired hurt at the score of 101.

Notably, India’s middle-order batting has seen a big downfall since the 2019 WTC cycle. Big players like captain Virat Kohli, Cheteshwar Pujara, and Ajinkya Rahane haven’t been in the best form. Virat Kohli’s century drought continues since 2019. The 2019 year was overall a good one for the skipper as he scored 612 runs at an average of 68.

However, Virat Kohli is a player with a 50+ average in all three formats. His rivals like Kane Williamson, Steve Smith, and Joe Root performed way better than Kohli in WTC. So Virat averaging 42.45 is not a very good average for a champion batsman.

However, this average can’t be considered as good considering his true potential. In the marquee World Test Championship, he averaged just 28.03 which is unacceptable from a player of his caliber. Pujara played as many as 30 innings for the team and only scored 841 runs.

Cheteshwar Pujara just got stumped by a 17 year old#pujara pic.twitter.com/KTuvI4xzMh

Indian Vice-captain Ajinkya Rahane is also a regular member of the Test side. He usually bats at no.5 position for the Indian team in the purest form of the game. Also, the star batsman has scored over 3000 runs batting at the same position. 2019 was undoubtedly Rahane’s best year in Test cricket. He played only 11 innings for the team scoring 642 runs at an extraordinary average of 71.33. However, just like Pujara and Kohli, he has seen a dip in his form. In 2020 and 2021 Rahane averaged 38.85 and 21.91 respectively.

Although Rahane has scored centuries, his inconsistency has been a topic of debate since long. Adding to it Rahane was the highest run-scorer for India in the WTC 2019-21 he scored 1159 for the team with a pretty good average of 42.92.

Overall India’s middle batting line-up in Test contains the best players on the team. However, the big 3 have failed to deliver exceptional performances consistently. India often struggles after the openers fail to give a start to the team. The middle-order collapse is a big problem for the Asian Giants going into the five-match Test series against England.

India needs a player like KL Rahul in the middle order to bring stability to the team. He is a supremely talented wicketkeeper-batsman but is left out due to experienced players on the side. Rahul has the potential to score quick runs to remove the pressure from the middle order. Also, Rahul owns the potential to play the role of sheet anchor too.

Notably, team management has drafted Rahul as a middle-order batsman in the team. The management doesn’t consider him as an opener. So it will a great choice to add him middle order to bring stability on the side.

Pujara failed in both innings, Rahane and Kohli scored good runs in the first innings but got out quickly in the second innings. Overall no middle-order batsman was able to play an impactful knock in the summit clash.

Meanwhile, If Pujara and Rahane don’t deliver in the five-match Test series against England we might witness the return of KL Rahul on the Test side. Notably, Rahul hasn’t been part of India’s Test playing XI since 2019.

Also, India has provided enough chances to the veteran batsmen in the team. One player between Pujara and Rahane will eventually give away their position to KL Rahul if they fail to score big. The recent century against country XI makes Rahul’s case even stronger for Test cricket.

SL vs IND 2021: “I Asked Shikhar Dhawan About His Game Planning And Situation...