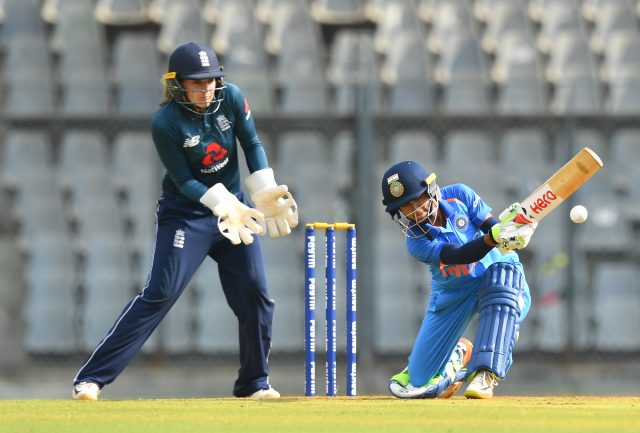 Indian women’s team player Punam Raut has expressed her disappointment after not making it to the upcoming ICC Women’s ODI World Cup 2022 squad. The All-India Women’s Selection Committee on Thursday has announced a 15-member squad for the ICC ODI World Cup.

Along with Punam Raut, Jemimah Rodrigues and Shikha Pandey have failed to make it to the squad. The marquee event will take place in New Zealand from March 4 to April 3. However, Punam took to Twitter and shared an emotional note after the exclusion where she opened up on this.

“Having been considered amongst the experienced batsmen and a consistent run-scorer for India, I’m extremely disappointed at not being a part of the World Cup squad. In 2021, I averaged 73.75, scoring 295 runs, which included a hundred and two half-centuries in the six ODI games that I played. It is very disheartening to be continuously left out even after performing. Having said that, I would like to extend my best wishes to all the players who will be representing India,” Punam Raut wrote on Twitter.

The veteran batter was India’s highest run-scorer during the 5-match ODI series against South Africa at home last year while scoring 263 runs in 5 innings which came at an average of 87.67.

“We are not allowed to speak” – Neetu David on team selection

While speaking on the team selection, lead selector Neetu David has said that they can’t speak anything on the issue.

“Right now we are not allowed to speak,” David told UNI after being asked about the selection that made headlines.

On being asked about whether the selectors will address the media on the controversial team selection, David said: “Right now, I have no idea.”