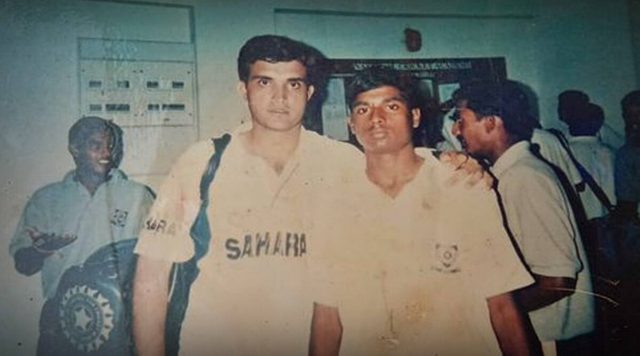 Cricket is a religion in India. Boundless children take up cricket as a career and aspire to represent the country at the International Level. While some manage to live their dream, lakhs of others are left shattered with very little means to earn a living. Assam’s Prakash Bhagat has a similar story.

Once a state-level player for Assam, now runs a food stall to earn his living. Prakash was a leading cricketer from the state, who had represented the team at various tournaments. He featured in the Assam Ranji Trophy team against Railways in 2009/10 and against Jammu and Kashmir in 2010/11.

Prakash played in the Silchar District Sports Association’s Under-13 tournament and then progressed in the age group categories for the Assam.

In 2003, he was at the National Cricket Academy, Bengaluru for a month-long training program. He bowled to the likes of Sourav Ganguly as the Indian team was preparing at the NCA ahead of the New Zealand tour.

“During my NCA training, I bowled to Sourav Ganguly as the New Zealand-bound Indian team was practicing in the academy. That time, I got a chance to meet Sachin Tendulkar, Zaheer Khan, Harbhajan Singh, Virender Shewag, and Sourav Ganguly,” said Prakash to IANS.

I am keen to return to the cricket field again: Prakash Bhagat

Prakash had to give up cricket in 2011 after his father left the world after suffering cardiac arrest. As reported by IANS, Prakash is now running a food stall to make ends meet.

“After I left playing cricket to support my family, I joined a private mobile company. But due to Covid-induced lockdown, I lost my job last year,” he added.

He hopes to return to cricket if the financial condition of his family improves.

“If I get financial support for my family, I am keen to return to the cricket field again,” Prakash signed off.