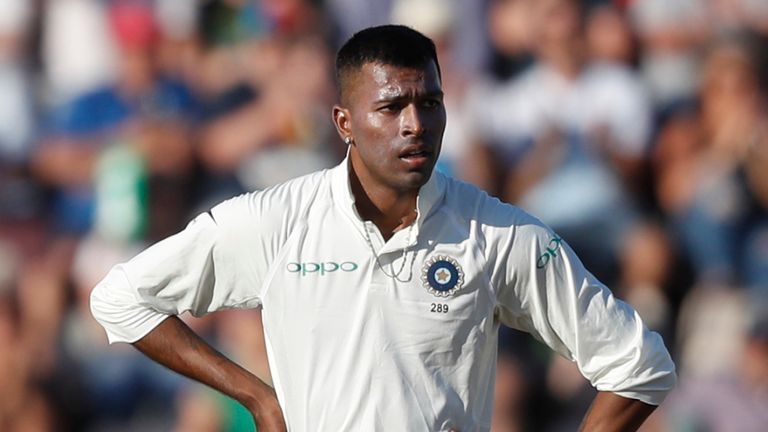 India are gearing up to lock horn with New Zealand in the final of the inaugural season of the International Cricket Council (ICC) World Test Championship starting on June 18 at Southampton in the United Kingdom. On Friday, May 7, the Board of Control for Cricket in India (BCCI) announced the 20-member squad that will travel to the UK for the WTC final, followed by a five-match Test Series against England.

The squad did not feature any surprise picks at all, the players performed well in the Test series against Australia, and England found themselves on the side. However, the omission of Hardik Pandya perplexed some of the fans. The English pitches always favour the seamers. Hence, Pandya, 27, was excepted to make it to the squad. While many fans and experts believe that Pandya is not fit enough to contribute with the ball, this factor kept him aside.

The younger Pandya brother has not been comfortable with the ball since he underwent back surgery. Hardik Pandya has not bowled consistently since the 2019 ICC World Cup. In the recent India Premier League, Hardik played the games as a pure batter. However, the selector hesitated to pick him up as a pure batter as the slots are filled.

“Hardik Pandya is still not in a position to bowl. The experiment of selectors to keep him during England and prepare him with bowling workload has failed miserably. He will henceforth not be considered for Test cricket,” a BCCI source told My Khel.

Hardik Pandya received his Test cap in 2017 against Sri Lanka. Since his Test arrival, Hardik has featured in 11 Tests. He has scored 532 runs at an average of 31.3. Coming to his bowling, he has 17 scalps at an economy rate of 3.38 under his belt. Hardik made the latest Test appearance in August 2018 against England.

Other notable cricketers who got omitted from the squad are Bhuvneshwar Kumar, Kuldeep Yadav, and Prithvi Shaw.

Also Read: BCCI Yet To Discuss On Counties Offer To Host Remainder Of IPL 2021