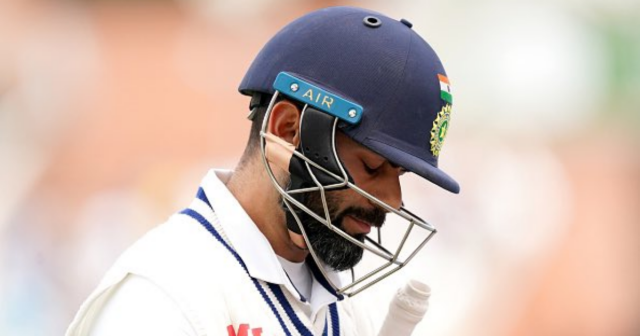 Former Team India captain Virat Kohli has vouched to move away from the leadership saga and use all his energies into batting as they lock horns with West Indies in a limited-overs series. The bilateral series will see both teams play three ODIs followed by the same number of T20Is.

The last couple of months has been difficult for the 33-year-old cricketer. He stepped down as captain in the shortest format after ICC T20 World Cup 2021 before he was being stripped of the leadership duties from the one-dayers ahead of the South Africa series. The turmoil and the 1-2 defeat in the Test led to Virat Kohli relinquishing his duties in the Test cricket as well.

“One has to embrace all kinds of roles and responsibilities. I have played under MS as a player and I have been the captain of the team for a long time, my mindset has been same. I always thought like a captain even when I was a player. I want to make the team win. I have to be my own leader.”

Virat Kohli has gone without scoring a century for over 24 months now. He has come close to reaching the landmark but has not succeeded yet.

The talismanic run-scorer has said that he doesn’t need to be captain of the team to be a leader for India, suggesting that he could contribute more as the side’s batting mainstay.

“Everything has a tenure and time period. You obviously have to be aware of that,” Kohli told Digit’s ‘Fireside chat with VK’.

“People might say ‘what this guy has done’ but you know when you think of moving forward and achieving more, you feel like you have done your job. Now as a batsman maybe you have more things to contribute to the team. You can make the team win more. So take pride in that. You don’t need to be a captain to be a leader. As simple as that,” Virat Kohli concluded.