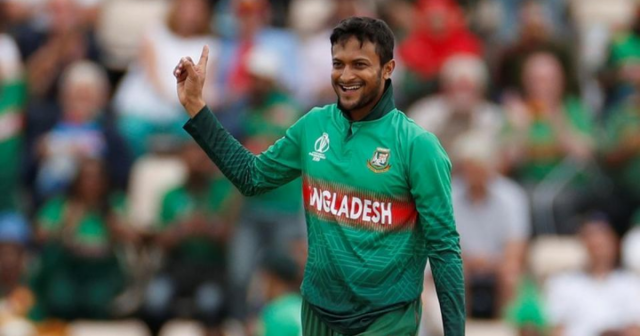 Pakistan captain Babar Azam and Bangladesh all-rounder Shakib Al Hasan are among the four nominees for the 2021 ICC Men’s ODI Player of the Year awards.

Besides Babar Azam and Shakib Al Hasan, South African Janneman Malan, and Ireland opener Paul Stirling are the others to be nominated for the prestigious award, which recognizes the outstanding achievements and feats in cricket over the past year. The winner of the award will be announced on January 24.

Pakistan skipper had a dream run in 2021 scoring 405 Runs in Just 6 Matches at an average of 67.60. Babar Azam played a key role in Pakistan’s 2-1 victory series victory over South Africa scoring 228 and became the man of the match in both the wins. He Scored a 100 in the first ODI and 94 in the series decider.

It was a memorable comeback for Shakib who made a return to international cricket following a ban over not reporting suspicious action. Shakib Scored 277 Runs at an average of 39.57 while also picking up 17 Wickets with his left-arm spin

It was a memorable comeback as Shakib was named Player of the Series in a 3-0 victory over windes. Shakib scored 113 runs and spun the Web around Windes batting picking up 6 wickets as Bangladesh swept West Indies. Shakib continued his good form in Zimbabwe Scoring 145 Runs with the bat and picking up 8 Matches in 3 ODI series vs Zimbabwe. This performance helped Shakib Earn another player of the series award as Bangladesh swept Zimbabwe 3-0.

South African opener Janneman Malan who made his debut on 3 February 2019 vs Australia has been hogging the headlines. Malan hammered 509 runs in eight matches at an amazing average of 84.83 with two centuries and two half-centuries. He finished as the second-highest run-getter behind Paul Stirling.

Malan scored 84 in the second ODI even as the Proteas were stunned by Ireland. However, Malan smashed 177 in the third ODI to guide his team to victory. He won the Player of the Series award in the three-match series against Ireland. The South African batter was the team’s highest run-getter in the ODI series against Sri Lankan as well.

Veteran Ireland batter Paul Stirling also finds a place among the nominees for ICC Men’s ODI Player of the Year. Stirling topped runs charts scoring 705 runs in 14 matches at an average of 79.66 He scored a superb ton against the UAE to kick off the year, though it came in a losing cause. he ended the year with three hundred and two half-centuries.