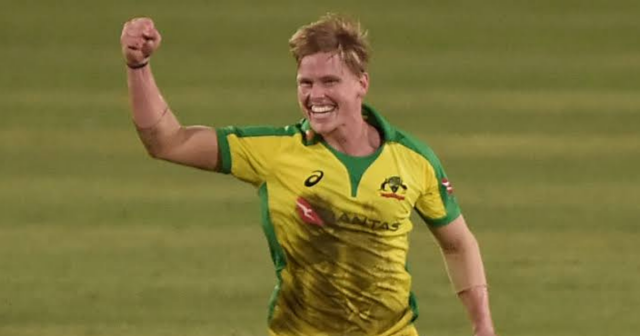 Australian fast bowler Nathan Ellis has been a hot topic of discussion for quite some time now. Also, He entered international cricket with a bang, picking a remarkable Hat-trick in T20I against Bangladesh at Dhaka. Reportedly, he has cracked an Indian Premier League (IPL) contract.

According to cricket.com.au, there were a total of three IPL franchises that wanted to add 26-year-old Ellis to their team for the upcoming IPL 2021 UAE leg. However Ellis has agreed to play for a franchise on Thursday, but the name of the team hasn’t been revealed as of now.

Notably,  Nathan Ellis is having a dream run in his cricket career. As after picking a hat-trick in the first match and playing 2 T20Is. He has been named as a reserve player in Australia T20 World Cup 2021 squad. Also now he has been hired by a franchise in the IPL which is the most popular T20 league in the World. However, Ellis’s IPL deal is subject to final approval from Cricket Australia.

Meanwhile, the second phase of IPL 2021 is scheduled to begin on September 19, just 1 month before T20 WC. Also, If Nathan Ellis has a great run in the IPL 2021. Then there will be a possibility that he could be drafted into Australia’s main squad. Meanwhile, It will be soon revealed which franchise has hired Nathan Ellis. As IPL franchises will finalize their squads in the coming days.

“He gives it his absolute all, he’s a terrific team man” George Bailey on Nathan Ellis 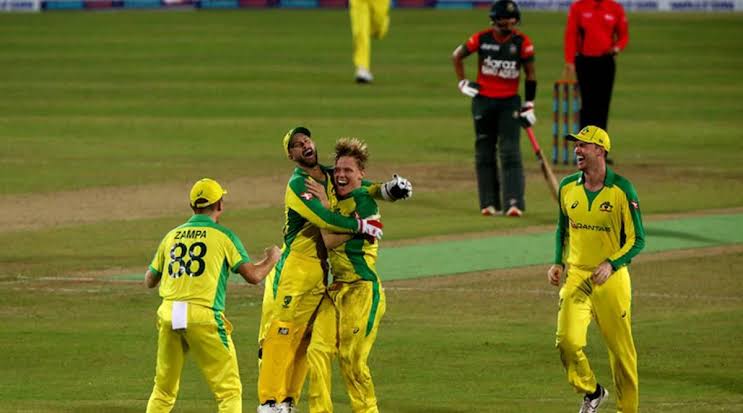 “It’s a great story of perseverance and commitment to the cause. “In terms of what you’re after from those reserves and knowing we can’t carry that many of them, you want someone who can cover as many bases as you can, particularly in T20 and the distinct roles of bowling with the newer ball and finishing off at the death. We feel like Nathan covers those bases really well.

“He gives it his absolute all, he’s a terrific team man to have with the group and someone we see as having a really strong future in the Australian coloured clothing.”