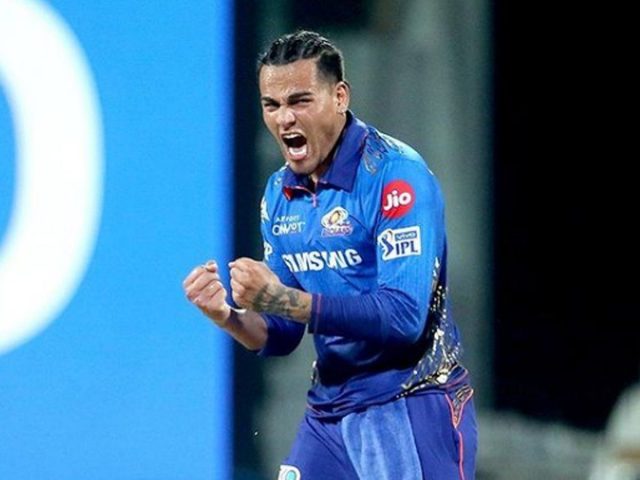 Mumbai Indians had a decent outing in the first phase of Indian Premier League (IPL) 2021. They started the season with a loss against Royal Challengers Bangalore. However, after that, they made a good comeback. Mumbai Indians played a total of seven games and won four of them losing three matches. They were placed on the no.4 spot when the season was suspended due to the Covid-19 spread. Meanwhile the Mumbai Indians leg spinner Rahul Chahar said he is getting good vibes and thinks MI will do good in IPL 2021 UAE leg.

Mumbai Indians uploaded a video on their official Twitter handle. In the video, the Mumbai Indians boys were seen doing practice ahead of the marquee event. After completing the training Rahul Chahar said he is slowly preparing himself for the upcoming event. Also, Chahar feels that the reason behind MI’s enormous success in IPL is their intense training sessions way before IPL. He stated:

“I am personally very happy with how my first training session went. I did everything – bowling, fielding, and running as well. I am slowly preparing my body for the matches. The reason why Mumbai Indians are so successful is because we prepare very well. We start preparing 2-3 months in advance and that shows on the ground”

Rahul Chahar further added that he is confident about upcoming event and feels that UAE is a lucky place for Mumbai Indians. He asserted:

“Obviously we are feeling good and we have fond memories of this place. Last time, we became champions here and all the players who participated, performed well. I am also feeling good and have the confidence that this place is lucky for us. I am getting that vibe that we will do well.”

“Chahar bowls with a lot of confidence and is incisive and accurate”: Aakash Chopra

Rahul Chahar has delivered back-to-back impressive performances for India at the international level. So far he has played 1 ODI and bagged a 3 wicket haul. Meanwhile, in 5 T20Is, he got 7 scalps. In the recent limited-overs series against Sri Lanka, he was given limited chances and he did well in all the games.

Former Indian cricketer Aakash Chopra lauded Rahul Chahar for showing confidence while playing for his team. Also, Chopra opined that India will be tempted to play Rahul Chahar in T20 World Cup if he does well in IPL. In his YouTube channel Chopra said:

“Chahar bowls with a lot of confidence and is incisive and accurate. He bowls quick through the air and the ball often zips past the batsman on pitching. From his action, it seems like he is bowling a googly when he is actually delivering a leg-spinner. He has got this mystery about him and variations, which remind me a little about Rashid Khan. If he does well in the IPL, Team India will be tempted to play him in the T20 World Cup along with Chahal.”