Royal Challengers Bangalore all-rounder Glenn Maxwell teased his team-mate, Virat Kohli, over the run-out that sent Maxwell back in the pavilion against the Chennai Super Kings. The Faf Du Plessis-led team defeated Chennai by 13 runs at the MCA Stadium in Pune on Wednesday.

The Royal Challengers Bangalore were asked to bat first by MS Dhoni. Virat Kohli opened the innings along with Faf Du Plessis. The duo was playing brilliantly, till the fall of Du Plessis’ wicket. After the dismissal, all-rounder Glenn Maxwell walked out to bat. However, his stay at the crease was short-lived, as he was run out by Robin Uthappa following a slight mix-up with Virat Kohli.

Post the match, during the celebrations in the dressing room, Maxwell teased Virat Kohli saying that he cannot keep up with the Indian batter out in the middle. He added that Kohli runs too fast,

“I just can’t bat with you. You run too fast, you run too fast. You get ones and twos, I don’t,” Maxwell said in the clip shared by RCB.

Glenn Maxwell had to go back to the pavilion for just three runs, while Kohli was at the crease trying to build a partnership. The Indian cricketer was dismissed by Moeen Ali for 30 runs off 33 balls, in the tenth over of the innings.

Knew that the conditions need a few overs of finger spin: Glenn Maxwell 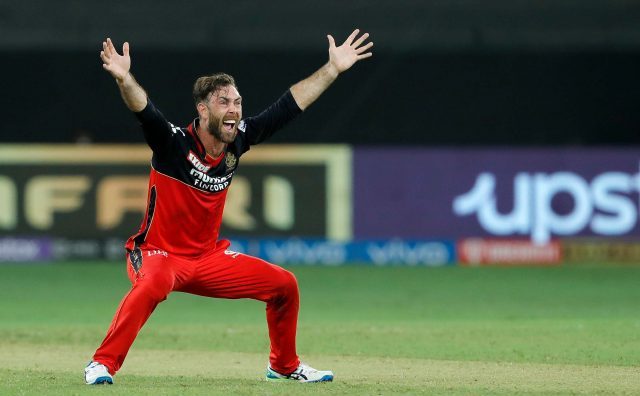 Though Glenn Maxwell could not contribute much with the bat, he made up for it with the ball. The all-rounder picked two wickets conceding just 22 runs in his four overs, at an economy rate of 5.5. He dismissed Robin Uthappa and Ambati Rayudu to push the Chennai Super Kings on the backfoot chasing 174 runs.

The Royal Challengers Bangalore won the match by 13 runs, registering their sixth win of the season. Summing up his performance post-match, Maxwell said,

“I knew that the conditions would need a few more overs of finger spin. So, with the conditions the way they were, I was able to get out there for a few hours and just be another option, I suppose, for Faf to use and just tried to bowl fast off-spin, pitched on the stumps, and hopefully let them make the mistakes. Very fortunate to get two right-handers out, when the plan was to bowl to lefties.”

Virat Kohli Reveals The Name Of One Indian Cricketer With Weird...