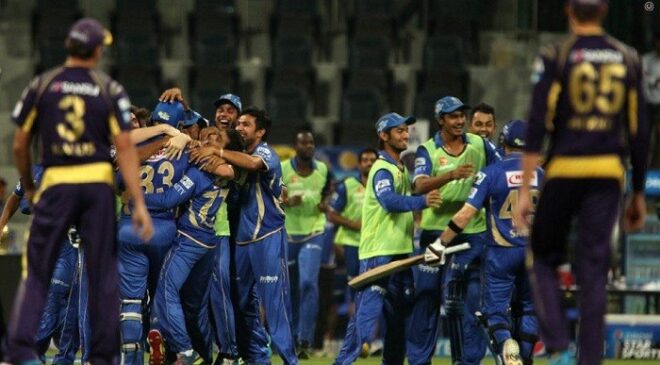 This was the second time KKR and RR match ended in a tie. The first one came way back in 2009. In this match at Abu Dhabi, KKR were chasing a target of 152 runs but in the process, they lost too many wickets early on. Shakib Al Hasan played a key part as his cameo of 29 helped KKR end the match in a tie.

That’s when Steve Smith and Shane Watson spoke to the umpires about the boundary count rule. Both batsmen went for the double on the last ball as they won the match based on boundary count. All thanks to Steve Smith’s presence of mind to go for a double instead of a big hit.