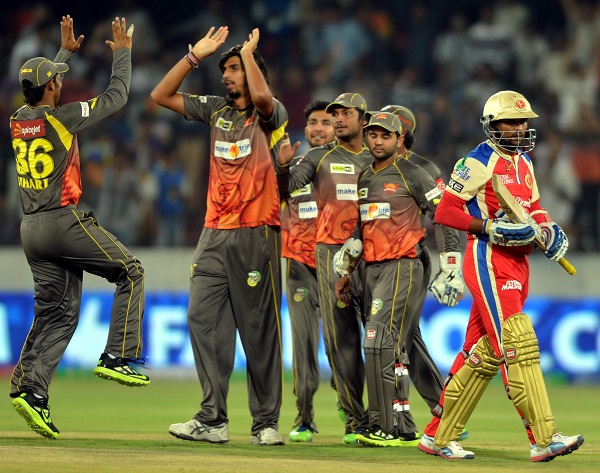 The first match of the two tied games for RCB in 2013 was against Sunrisers Hyderabad. With the help of Virat Kohli and Moises Henriques, RCB posted a target of mere 130. SRH batsmen Hanuma Vihari in response scored an unbeaten 46-ball 44 but was unable to seal through as the match ended in a tie on the last ball.

SRH batted first in the super over where they posted a mammoth target of 21 runs. Dale Steyn’s unplayable yorkers kept Chris Gayle and Virat Kohli numb in the chase, as Hyderabad won the super over quite comfortably.