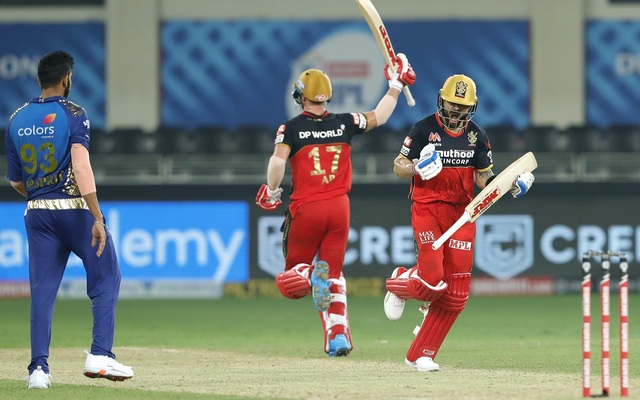 The Royal Challengers Bangalore took on the Mumbai Indians at Dubai where Rohit Sharma after winning the toss asked RCB to bat first. The team in red had a dream start as both their openers scored the fifties as at the end of the 20 overs they scored 201 runs at the loss of 4 wickets.

In the Super over, Mumbai batting first managed to score just 7 runs all thanks to Navdeep Saini’s phenomenal over. In reply, RCB batsmen Virat Kohli and AB De Villiers chased down the target of 8 runs comprehensively on the last ball. This is one of the exciting Super Over finish in the history of IPL. 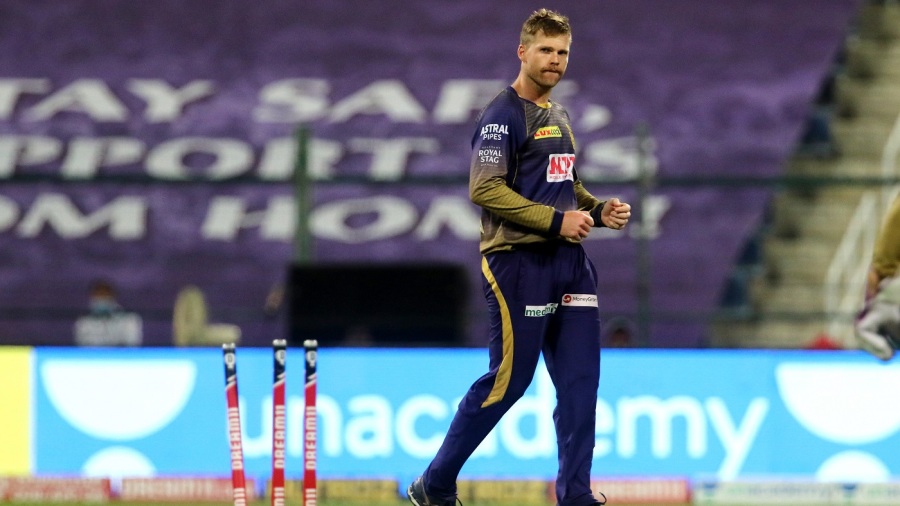 Sunrisers in the chase lost too many early wickets as it was down to David Warner and Abdul Samad to finish the match off. In the last over Sunrisers Hyderabad required 17 to win with a half-fit Andre Russell bowling the over. Russell started off with a no-ball to Rashid Khan which was followed by three boundaries by David Warner. It came down to the last ball where Sunrisers Hyderabad required 2 to win off the final delivery where Warner should manage just one run taking the match down to the super over.

In the Super over, Sunrisers Hyderabad batting first in the powerplay was the victim of a sublime bowling effort by Lockie Ferguson as he cleaned up both David Warner and Abdul Samad in the first three deliveries. With Rashid Khan to bowl, the super over Kolkata Knight Riders only had to chase down three in 6 deliveries which they did quite convincingly as Karthik and Morgan took their side to victory in under 4 balls.

Down came a situation when Kings XI Punjab required 2 off the last ball where Chris Jordan’s long route running between the wickets made sure the match goes down to a super over as Quinton De Kock inflicted the run out.

In the first super over, Kings XI Punjab batting first put up just 5/2 in 6 deliveries which meant Mumbai Indians had to chase down a target of merely 6 runs. But again the match went down to a situation where they needed 2 off the final delivery. When again for the second time in the same match the match was tied as KL Rahul inflicted the crucial run out as he collected the ball far away from the stumps but still managed to slap the ball down on the wickets.

The match went into another Super over which was the second super over of the match and third super of the day, as Mumbai Indians batsman Kieron Pollard, Hardik Pandya and Suryakumar Yadav notched up 11 runs off the 6 deliveries but what could’ve been 15 as Mayank Agarwal’s fielding effort saved the ball from sailing over the fence which restricted them to just a double off the final ball.

Now it was down to the universe boss Chris Gayle and Mayank Agarwal to finish things off. The duo didn’t take much time with Trent Boult bowling the super over, as Chris Gayle launched the first ball over Boult’s head for a six putting the equation down to 6 off 5 balls as Mayank launched two fours into the stands to help Kings XI Punjab win their only third match of the season.