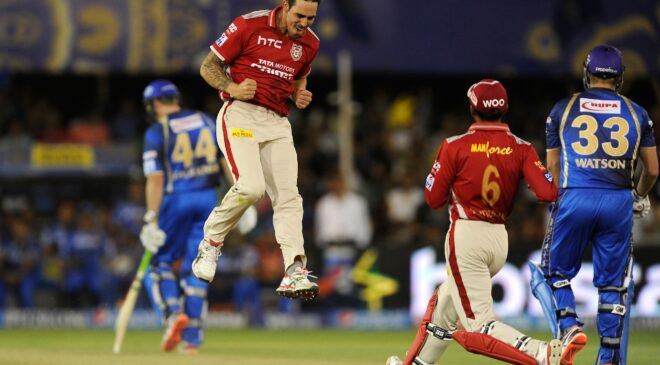 Rajasthan were up against Punjab at Jaipur where Rahane’s knock of 72 helped them post a mammoth target of 191 runs. In return, Shaun Marsh and Axar Patel of Punjab helped them get near the target and ended up getting the match tied. All thanks to a fielding error by Steve Smith and Sanju Samson.

In the Super over Punjab batted first. The opener David Miller got out on the very first ball, which was followed by some quick-fire boundary hitting by Marsh. He helped them get to 16 runs in the super over.

Now the Royals needed 17 to win as Shane Watson and Steve Smith walked out to bat. Watson was cleaned up in the first ball by Mitchell Johnson with a yorker. Faulker too lost his wicket on the next ball as he was run out. This ended the match resulting in Punjab winning the match in the super over.