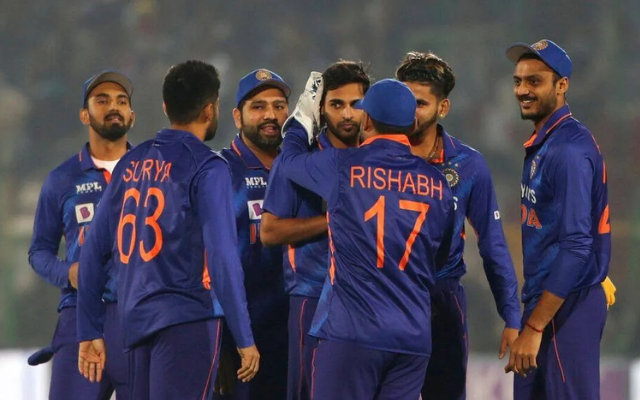 The BCCI (Board of Control for Cricket in India) extended the Indian Premier League (IPL) from eight to ten teams. IPL 2022 mega auction certainly influenced franchises’ auction plans and strategies. As the 45th match is being played, the tournament is already bringing the best of it, to the cricketing world.

Also, IPL 2022 is on its way to find a new champion, years later. While champion teams like Mumbai Indians and Chennai Super Kings are fading miserably, teams like Gujarat Titans, Lucknow Super Giants, and Rajasthan Royals are at their best.

Young faces like Hardik Pandya of Gujarat Titans (GT) are leading their team effectively. Notably, Pandya’s GT has lost just 1 match and is at the top of the table, nearing the playoffs qualification. KL Rahul’s Lucknow Super Giants (LSG) and Sanju Samson’s Rajasthan Royals (RR) are also having a more than decent run in the tournament.

On the other hand, experienced skippers like Rohit Sharma of Mumbai Indians (MI), and Ravindra Jadeja who recently handed the captaincy of Chennai Super Kings (CSK), back to MS Dhoni, have had below par results.

Discussing the various aspects of the captaincy role and India’s succeeding white-ball captain, former Pakistan skipper Rashid Latif believes that Pant could be a decent option for the role. “KL Rahul is a good option. He has led the Punjab side in the IPL efficiently in the past. But I think India should look at a younger option in white-ball cricket. Maybe someone like Rishabh Pant, if he is able to maintain his fitness,” Latif said on his YouTube channel.

Furthermore, Latif added, “Players like Sourav Ganguly, Mohammad Azharuddin, and MS Dhoni were different, they used to think out-of-the-box. Rishabh Pant is similar in that way, he is unique and has an out-of-the-box approach.”

Meanwhile, Rishabh Pant-led Delhi Capitals (DC) are dealing with an inconsistent run in IPL 2022. Pant has had a better time with DC and has driven the team to playoffs, last year. Although the 24-year-old is yet to achieve a major breakthrough as a skipper, he has certainly impressed everyone with his leadership abilities.

Hardik Pandya could be a decent option- Rashid Latif

The 53-years old also suggested GT skipper Hardik Pandya for the position, considering his performance in the IPL. Recommending the 28-year old, Latif stated, “Otherwise, if he can bowl consistently, even Hardik Pandya is a good option for India in white-ball captaincy.”