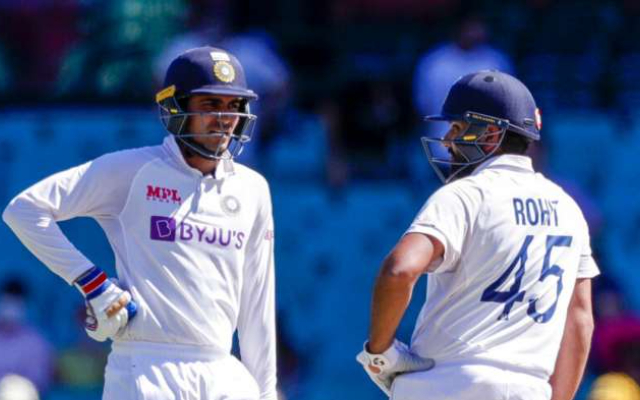 After the 71 run stand between openers Rohit Sharma and Shubman Gill, they both joined an elite list of players as they became only the third Asian opening pair to make a 50+ runs partnerships in both the innings of a Test in Australia.

The 71 run stand came to an end when Shubman Gill was dismissed for 31 after edging one past to Tim Paine off Josh Hazlewood whereas Rohit Sharma was dismissed after scoring his first overseas fifty as an opener as he was caught at deep fine leg whilst attempting a pull shot off the bowling of Pat Cummins.

In India’s first innings of the third Test, Rohit Sharma and Shubman Gill put up a 70 run stand before Rohit lost his wicket when hit it back straight into the hands of Josh Hazlewood. The other two Asian pairs to put up a fifty-run stand opening stand in Australia were Farokh Engineer and Syed Abid Ali who put on 56 and 83 in 1968 in Sydney and Chandika Hathurusingha and Sanath Jayasuriya who put on 86 and 51 in 1996 in Adelaide.

The entire fourth day’s play hasn’t gone in favour of the Indians as dropped catches have hurt their chances of restricting Australia to far-lesser lead than what they’ve got after declaration. The likes of Hanuma Vihari, Rohit Sharma, and Ajinkya Rahane dropped chances off the bowling of Jasprit Bumrah earlier on Day 4. Adding salt to the wounds was Australia’s Cameron Green who in his 132 ball knock blasted off 84 runs which included eight boundaries and four sixes.