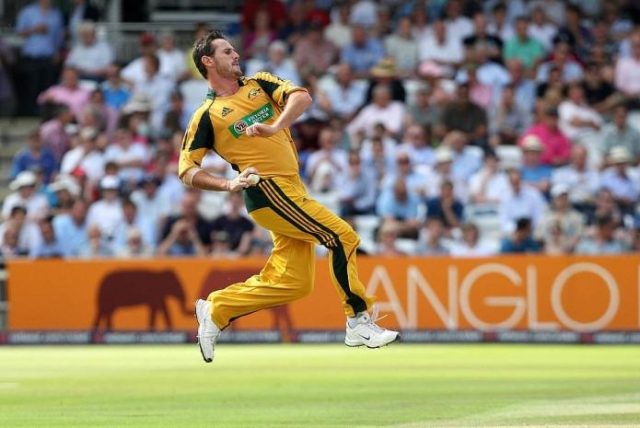 Former Australian speedster Shaun Tait has been appointed as bowling coach of the Afghanistan Cricket team. He was one of the fastest bowlers in World cricket during his time. Tait was referred to as “The Wild Thing” by the fans for his fiery pace bowling.

The Afghanistan Cricket Board (ACB) took to Twitter to announce the appointment. They wrote:

Shaun Tait represented Australia at the International level from 2005 to 2016. He has picked up 95 wickets in 59 International matches at an average of 24.75 across all formats. The Australian pacer holds the record for the second-fastest delivery (161.1kph) of all time. He played a key role in Australia’s World Cup-winning campaign in West Indies in 2007. The Wild Thing bagged 23 wickets in eleven matches at an average of 20.30 and was the third-highest wicket-taker in the tournament.

Shaun Tait retired from international cricket in 2017. Post-retirement, he has worked with Melbourne Renegades as a bowling coach in the Big Bash League and with Bangla Tigers in the Abu Dhabi T10 league. He is a Level-two certified coach from Cricket Australia. Tait is also part of the Durham coaching set-up for the Royal London One-Day Cup this year. However, this will be his first assignment with an international team.

Afghanistan cricket team will play three ODIs against Pakistan in Sri Lanka in September. The series will be followed by the ICC T20 World Cup 2021 in the United Arab Emirates. They are in Group 2 along with India, Pakistan, New Zealand, and two teams from the Qualifiers. Afghanistan will then play a one-off test match against Australia in November at Hobart.