The Indian Premier League finally began this year after all the uncertainty that has been happening all around the world. At first, the coveted T20 league was postponed, then it was moved out of India, But in the IPL kicked off in the UAE. When we talk about this season, we just go wow because in 10 odd games this season, we’ve had two super overs and close to 5 nail-biting finishes.

Talking about how the teams have fared this season, there is one team which has failed to win a single game this season. In the two matches, the Sunrisers Hyderabad have played this season, they have lost against both KKR and RCB. With the franchise already being troubled by injuries in the form of Mitchell Marsh and Vijay Shankar, the side looks in a bit of dismay at the moment.

In all these years of IPL, the support for SRH hasn’t been lowered down by any margin. In fact, we always see a girl in the stands of SRH always waiving the orange army flag. Which is why people are in wonders who this girl is who has travelled all the way to the UAE  to support the orange army.

So the mystery girl is no one but the daughter of Kalanithi Maran, who is the founder of SUN group who is also co-owner of the Sunrisers Hyderabad franchise. The name of the girl is Kaviya Maran, who is said to involve in the process work of SUN music and radio channels of the SUN group. Kaviya’s mother is the Joint Managing Director of SUN.

Kaviya Maran has been a cricket fanatic since a very long time as she has been seen visiting the stadium ever since Sunrisers made their debut in the IPL in 2013.

Let’s take a look at some of Kaviya Maran’s photos whilst cheering for Sunrisers Hyderabad in IPL: 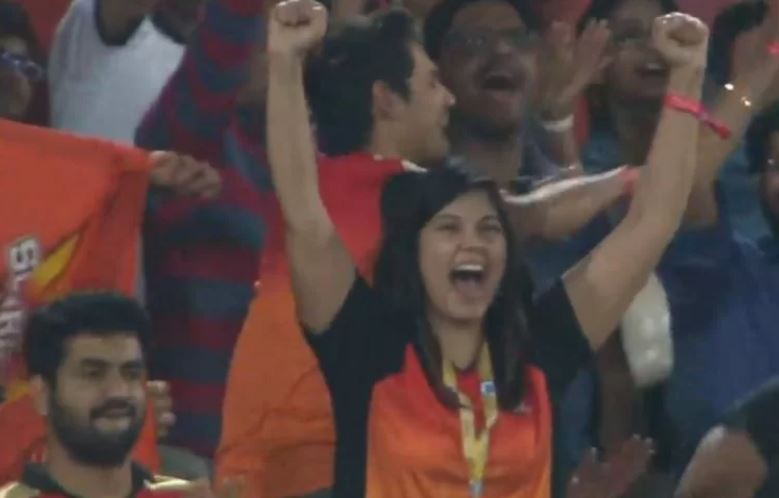 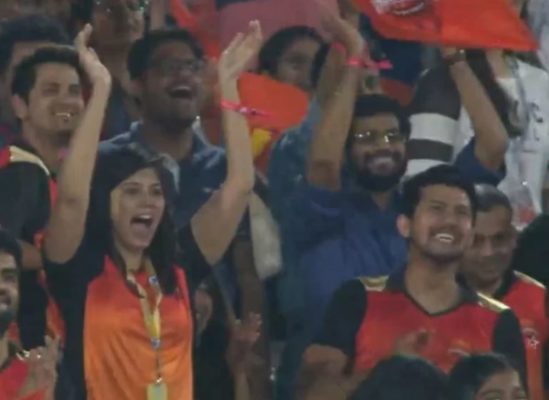