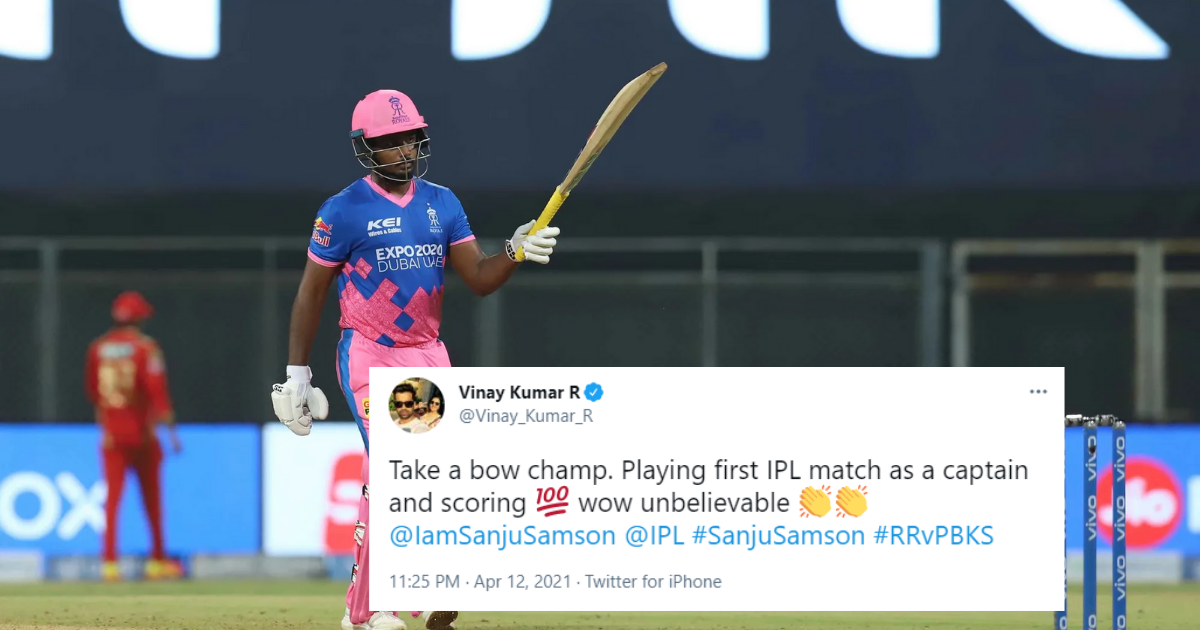 Rajasthan Royals skipper Sanju Samson was on fire with the bat during their IPL 2021 game against Punjab Kings at the Wankhede Stadium in Mumbai. However, his 119-run knock of just 63 balls was not enough to seal the win as Rajasthan fell short by four runs in a last-ball thriller. Punjab-Rajasthan encounters never fail to surprise and it was another nerve-wracking tie on a Monday night.

Batting first, Deepak Hooda certainly made the most of it after being promoted up the order. He came in at four, ahead of Nicholas Pooran, and the move worked wonders as he took the innings to a different level with a blistering 64 off 28 balls including six towering sixes and four boundaries. KL Rahul’s innings, where he scored 91 off 50 balls, almost felt sedate in comparison.

Rahul anchored the innings alongside Chris Gayle and Deepak Hooda to post 222 runs on the board which will be a daunting task for Rajasthan Royals, who also boast some hard-hitters in their line-up. While many thought that the game was over at the halfway stage, Rajasthan Royals skipper Sanju Samson had something else in the mind.

Sanju Samson formed considerable partnerships with Jos Buttler, Shivam Dube, and Riyan Parag to take the run chase deep. Parag played some extraordinary shots while the Rajasthan Royals skipper was out of the world. When Sanju gets going, one cannot take eyes off the ground and it was one such day when everything went out of the park that came out of his bat.

Samson’s 119-run knock was paved with 12 boundaries and seven outrageous sixes. He became the first cricketer to smash a century on his debut innings as a captain. However, one thing that will pinch Sanju Samson is that he failed to take his side over the rope as he holed out to the fielder in the last ball of the match in an attempt to clear the ground as Rajasthan Royals finished four runs short.

Meanwhile, there is nothing to take away from Sanju Samson and the entire cricketing fraternity bowed down to the dynamic wicket-keeper batsman. From Yuvraj Singh to Jasprit Bumrah to teammate Jofra Archer, Twitter was flooded with congratulatory messages for Sanju.

Here is how Twitter reacted to Sanju Samson’s thrilling century against Punjab Kings:

Finish it off skipper !

One of the GREAT #IPL innings @IamSanjuSamson !!! What a game of cricket … The IPL is bloody incredible … no other T20 comp has so many close games … #India

A substantial Sanju Samson innings is an absolute pleasure to watch. First game as captain of @rajasthanroyals and he gets a century 👏🏻👏🏻👏🏻.

When @IamSanjuSamson scores 25 it is a melody. This century is a symphony. An absolute treat to watch from one of the most gifted players around.

Remarkable century by Samson chasing a mammoth score and with not much contribution from the other big guns in his side. Captaincy seems to have brought out the best in him