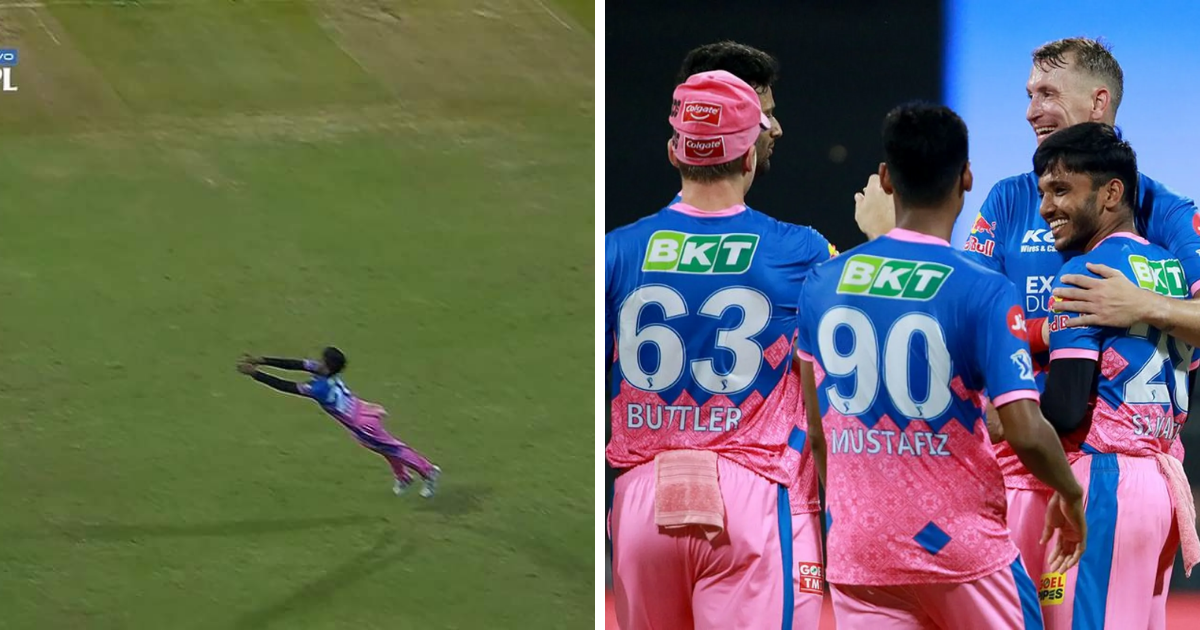 Rajasthan Royals youngster Chetan Sakariya grabbed a stunning catch to dismiss Nicholas Pooran for a first-ball duck during their IPL 2021 game against Punjab Kings at the Wankhede Stadium in Mumbai. Earlier, he picked the wicket of Mayank Agarwal to provide Rajasthan Royals with a good start but they couldn’t really manage to capitalise on it.

It was a nothing ball and Chris Morris was really lucky to get away with it, let alone get a wicket. It was a slower short ball down leg, and Nicholas Pooran pulled it fine. It was going to the left of Chetan Sakariya at short fine leg who flies across, gets both hands, and latches onto it. The youngster was in the air with joy as his teammates came together to celebrate the superb catch.

The third umpire was checking whether the ball was touching the ground when he falls down. It took a fair amount of time to come to the decision before out flashes on the screen thanks to a brilliant grab from Chetan Sakariya. A golden duck for Pooran who falls to a brilliant catch.

Speaking of the innings, Deepak Hooda certainly made the most of it after being promoted up the order. He came in at four, ahead of Nicholas Pooran, and the move worked wonders as he took the innings to a different level with a blistering 64 off 28 balls including six towering sixes and four boundaries. KL Rahul’s innings, where he scored 91 off 50 balls, almost felt sedate in comparison.

Rahul anchored the innings alongside Chris Gayle and Deepak Hooda to post 222 runs on the board which will be a daunting task for Rajasthan Royals, who also boast some hard-hitters in their line-up.

“Jammu Express” – Fans React As Umran Malik Gets His India...