Jharkhand pacer Varun Aaron is ruled out of Syed Mushtaq Ali Trophy after being hospitalised with a critical illness. He played one match for his state team before being admitted to the hospital with laryngitis. Before this tournament, he played for the Rajasthan Royals in IPL 2020. He picked up just one wicket for his side in the tournament. The pacer thus joins a long list of players who have been ruled out due to injury.

He was hospitalized because of this illness and won’t be taking part for the Jharkhand side in the ongoing T20 tournament. He is undergoing treatment as per the recent reports.

A report on WION revealed all the details, which were quoted by a source. ”Varun Aaron is currently hospitalized after suffering from laryngitis. He is being looked well by the doctors and is stable. Due to the development, Varun will not be able to play in the tournament and has pulled out.”

Varun Aaron had to pull out of the tournament after suffering from the infection after playing the first match. He went wicketless in the only match that he played.

Meanwhile, the discarded Indian pacer has been out of the national team for close to six years. he last played an international game for India in 2015. He has played nine Tests and as many ODIs. He has taken 18 and 11 wickets in Tests and ODIs respectively.

Meanwhile former Indian skipper MS Dhoni has also pulled himself out of the tournament. Jharkhand is in Elite Group B along with teams like Bengal, Tamil Nadu and Hyderabad. They are placed fourth in the points table in the group. The group is topped by Tamil Nadu at the moment. 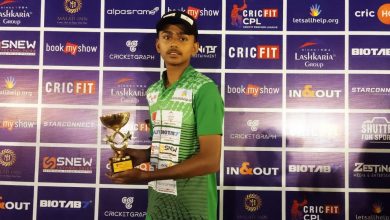