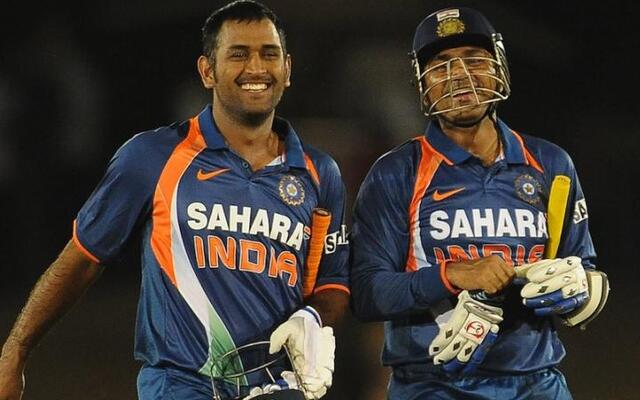 The former India opener who now appears as a guest on different Tv shows recently appeared on the Cricbuzz Live. Where he has been extremely critical of Dhoni’s decision to bat down the order despite the team needing close to 15 runs per over in the chase.

Sehwag unhappy with the captaincy of MS Dhoni

According to Sehwag, Dhoni should’ve come ahead of Kedar Jadhav after the fall of Sam Curran’s wicket. He believed that even someone like Jadeja could have been sent up the order to control the run rate. Also being absolutely critical of how the batsmen batted slowly in the middle overs which increased their run rate.

“I feel Dhoni could’ve batted higher up or even sent Ravindra Jadeja to bat after Sam Curran got out. The run-rate slowed down in the middle overs. If that hadn’t happened and about 20-22 runs were required to win in the last over, the three sixes that Dhoni hit would’ve made people say ‘wow, what a finish’,” Virender Sehwag told Cricbuzz.

Sehwag wasn’t happy even with Dhoni’s captaincy decisions while fielding. He felt there was no need to keep Piyush Chawla and Ravindra Jadeja in the attack when Samson was smashing him constantly. He further talked about how those overs by the two spinners put Rajasthan Royals in complete control of the match.

“Even while CSK were fielding, Dhoni’s captaincy had some strange decisions. He continued giving overs to Jadeja and Piyush Chawla despite them leaking runs. The four overs that CSK’s spinners bowled to Sanju Samson, put the game in Rajasthan’s favour,” Sehwag highlighted.