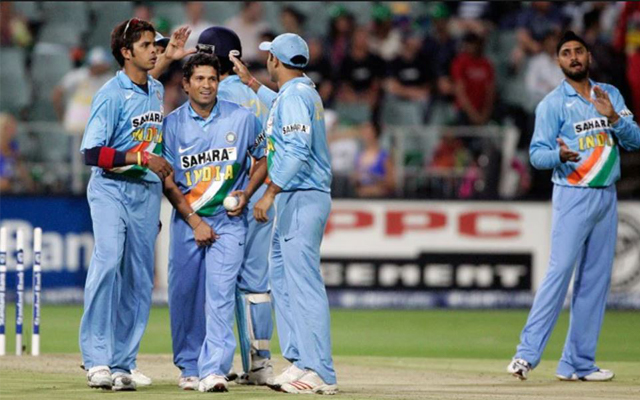 The five-match T20I series between India and South Africa got underway on June 9 at the Arun Jaitley Stadium in Delhi. Wicket-keeper Rishabh Pant became the eighth cricketer to lead India in the T20 format.

The Indian team has played 16 T20Is against South Africa so far. They hold a 9-7 lead over the Proteas in the format. The battle between the two teams first started in the year 2006. South Africa hosted India for the visitors’ first-ever T20I match. During that series, senior players such as Rahul Dravid, and Sourav Ganguly were not part of the team. In their absence, opening batter Virender Sehwag led the team in their first-ever T20I match.

#OnThisDay in 2006, India played their first ever T20I, a six-wicket win against South Africa! @DineshKarthik was Player of the Match for his 28-ball 31* and Virender Sehwag was India captain!

The Indian team emerged winners, defeating South Africa in Johannesburg by six wickets. Batting first, South Africa put on 126 runs on the board in 20 overs. Albie Morkel was the leading run-scorer with 27 runs. Meanwhile, Ajit Agarkar and Zaheer Khan picked two wickets each for India in that match.

In reply, the Indian team chased down the target in the final over, on the back of Dinesh Karthik’s match-winning 31 runs. Skipper Virender Sehwag scored 31 runs, while Dinesh Mongia contributed 38 runs. This was Virender Sehwag’s lone match as the Indian T20I skipper.

Rishabh Pant became the second youngest to lead India in the T20 format. However, his captaincy career could not get off to a winning start, as India lost the match by seven wickets.

Former cricketer Suresh Raina holds the record at 23 years and 197 days of being the youngest Indian to captain in the T20I format. Meanwhile, Rishabh Pant is 24-year-old. The other players to have led India in the T20I format are, Virender Sehwag, MS Dhoni, Ajinkya Rahane, Virat Kohli, Rohit Sharma, and Shikhar Dhawan.