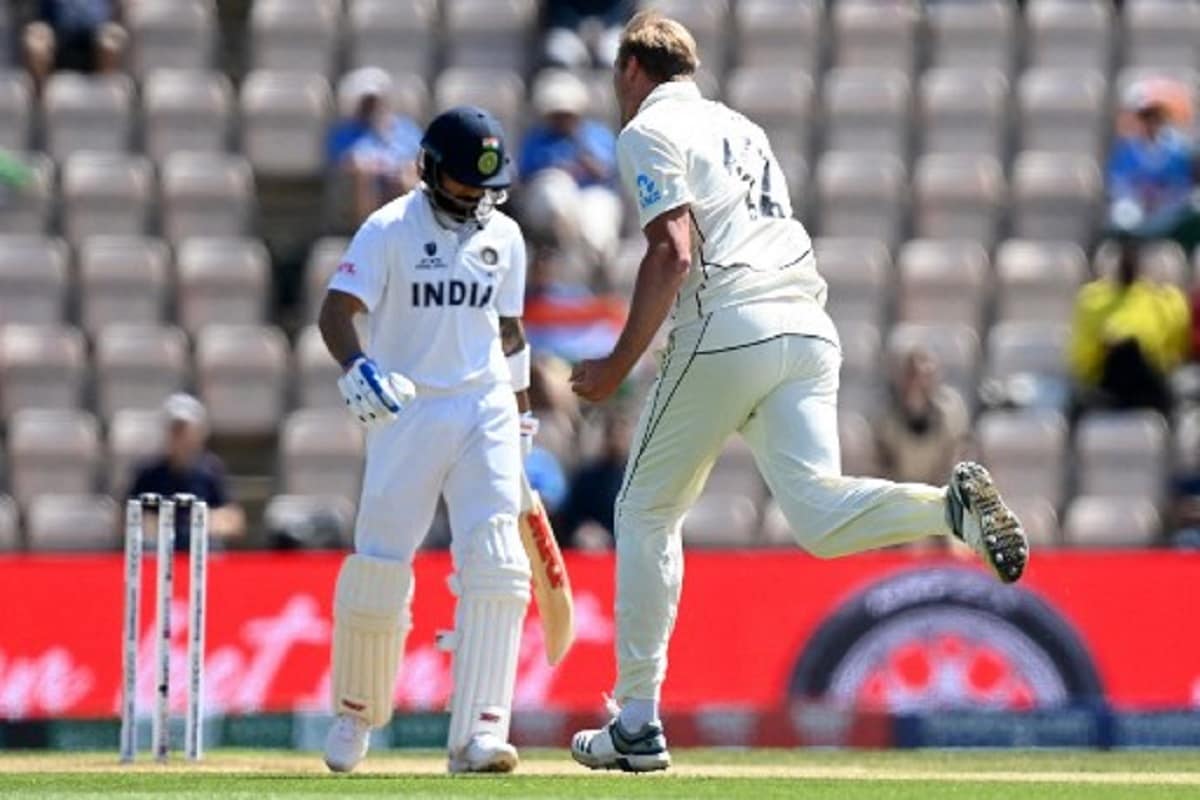 New Zealand defeated India in the ICC World Test Championship final after India set them a target of 139 runs on the last of the test match. The Black Caps chased down the target with 8 wickets to spare. Kane Williamson and Ross Taylor’s 96-run partnership sealed the deal for the New Zealand team.

While the fans are wondering about what went wrong for the Indian team, Legend Sachin Tendulkar feels that early wickets on Day 6, pushed India on the backfoot. Through Twitter, Tendulkar congratulated the New Zealand cricket team for winning the first-ever ICC World Test Championship. The batting maestro wrote:

[email protected] on winning the #WTC21. You were the superior team. #TeamIndia will be disappointed with their performance. As I had mentioned the first 10 overs will be crucial & India lost both Kohli & Pujara in the space of 10 balls & that put a lot of pressure on the team.

Congrats @BLACKCAPS on winning the #WTC21. You were the superior team.#TeamIndia will be disappointed with their performance.

As I had mentioned the first 10 overs will be crucial & 🇮🇳 lost both Kohli & Pujara in the space of 10 balls & that put a lot of pressure on the team. pic.twitter.com/YVwnRGJXXr

Tendulkar also highlighted that the first 10 over on day 6 were crucial for Team India. Virat Kohli’s and Cheteshwar Pujara’s dismissals within a space of 10 balls, put a lot of pressure on the Indian team.

India resumed the play on Day 6 at 64/2, with Virat Kohli and Cheteshwar Pujara not out overnight. Kyle Jamieson in only his third over of the day dismissed the Indian Skipper Virat Kohli for 13. Virat nicked a short-of-length delivery outside off to New Zealand wicket-keeper BJ Watling.

Soon after, a beauty from Kyle Jamieson found the outside edge of Pujara’s bat and ended his stay at the crease which lasted 80 balls for 15 runs. Sachin Tendulkar feels that this passage of play swung the game in New Zealand’s favor

Many fans and Cricket pundits believe that India got it all wrong at the toss itself, when the Indian skipper Virat Kohli decided to stick with 2 spinners in the side. While many feel that the inclusion of Mohammed Siraj in the team would have made a difference, some are of the opinion that Shardul Thakur, who has proved his ability with the bat was a better choice.

However, while defending his decision at the post-match ceremony, Virat Kohli said:

“I don’t regret announcing my XI beforehand, because you need a fast bowling all-rounder in the side but we made a unanimous decision that these are the best XI we can take into the park,”