Former Pakistan cricketer Shoaib Akhtar feels that veteran Indian batters Rohit Sharma and Virat Kohli will be under pressure ahead of the ICC T20 World Cup 2022 edition. The duo has been struggling to score big runs and make an impact for their teams.

In the recently concluded Indian Premier League 2022 season, Virat Kohli scored just 341 runs at an average of 22.73 at a dismal strike rate of 115.98. Apart from a half-century in their final league match, Kohli struggled to score at a good clip.

Similarly, Rohit too failed to perform consistently and averaged just 19.14 in the season. His poor form also impacted the team’s performance, as they finished last on the points table. With the ICC T20 World Cup 2022 edition in sight, both Virat and Rohit will be desperate to be back amongst runs.

In an interaction with Harbhajan Singh for Sportskeeda, Shoaib Akhtar said,

“It is yet to be seen if this will be the last IPL or the last World Cup for Virat Kohli and Rohit Sharma but, there will be pressure on them to maintain their form. In the latter part of the career, the pressure keeps on mounting. For instance, Sachin was constantly asked about being unable to score a hundred.”

“They did not have a good IPL season. They will be hoping that they lead the team to a win in the T20 World Cup. With the next generation coming up, it can’t be said for certain which player will get opportunities,” he said.

It is my wish that Virat Kohli scored 110 centuries: Shoaib Akhtar 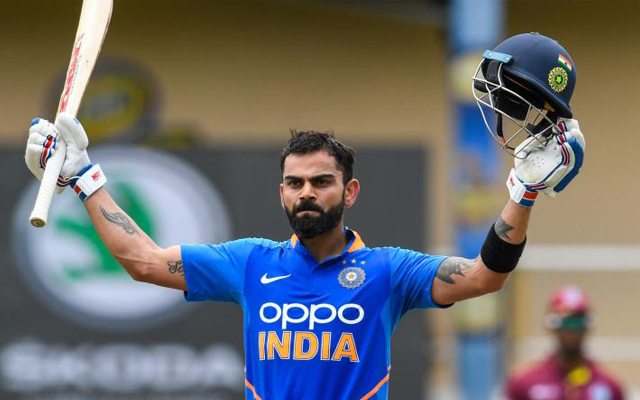 Shoaib Akhtar further stated that he wishes to see Virat Kohli score 110 International centuries. He expressed that Virat’s confidence will be boosted if he gets back to form and performs well for India. Akhtar said,

“In the final stages of your career, it becomes inevitable or your responsibility to perform in every match. There are a lot of expectations on them. God knows what is going to happen to Kohli. But it is my wish that he scores 110 centuries and keeps his goals big. But at the moment, his confidence and morale must have come down. The only way it will increase, is by performing for India.”

Virat Kohli and Rohit Sharma have been rested for the upcoming T20I series against South Africa. They will return to the squad for the England tour later this month.