Hours after reports claimed the two Indian cricketers have tested positive for COVID-19, it has been reported that Rishabh Pant is the one who is infected by the deadly virus on July 14 (Wednesday).

Rishabh Pant was spotted attending Euro 2020 game at the Wembley Stadium in England during the 20-day break granted by BCCI to the Indian cricketers after the WTC defeat. Initially, the management was tight-lipped with the cricketer’s name but a report in PTI has quoted a BCCI official saying that the player in question is Pant.

The report further stated that he has been possibly afflicted by the Delta variant, leading to a rising number of cases in England.

“He (Pant) is in quarantine at an acquaintance’s place and won’t be travelling with the team to Durham on Thursday,” a BCCI source said.

Jay Shah intimated players not to visit Euro 2020 and Wimbledon 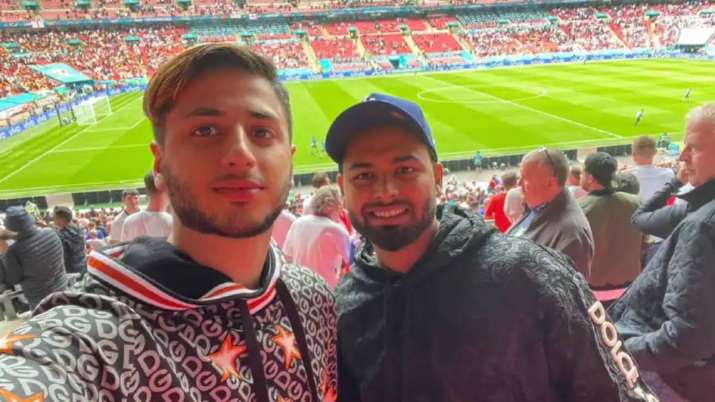 Meanwhile, Rishabh Pant has tested positive for COVID-19 for almost a week now. The news come after BCCI secretary Jay Shah wrote a letter to the Indian contingent intimating them to avoid Euro 2020 and Wimbledon.

Earlier Rajeev Shukla had confirmed that one player tested positive while the others have come negative. The said cricketer was not staying with any teammates in the hotel.

“Yes, one player has tested positive but he has been in isolation for the last eight days. He was not staying in any hotel with the team, so no other player has been affected. But I can’t divulge the name of the player,” BCCI Vice President Rajiv Shukla told PTI on Thursday.

“As of now no other player has tested positive. Also you must be aware our secretary Jay Shah has written a letter to all players to maintain protocols,” Shukla added.