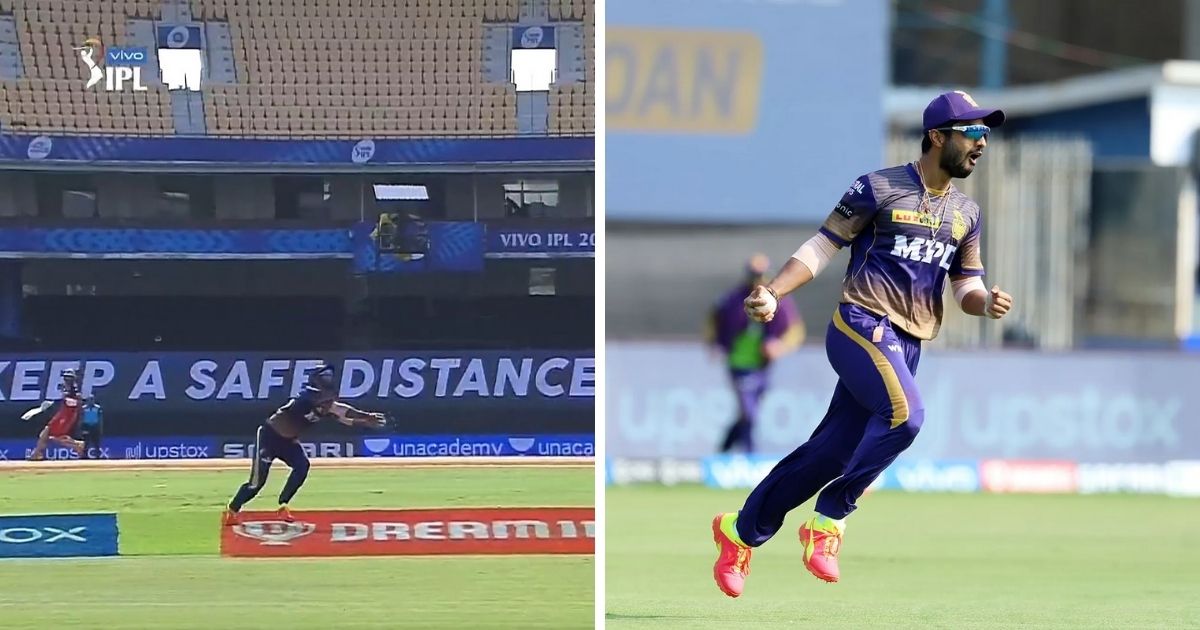 Rahul Tripathi took a stunner to dismiss RCB skipper Virat Kohli in just the second over of match 10. KKR came into ths game on the back of a loss while RCB won back to back games heading into this contest. KKR have a 14-12 advantage against RCB in 27 games overall. Chakravarty’s first over was just the start that KKR side needed.

However, it was Rahul Tripathi’s stunner that allowed Varun to break through for KKR. Varun dismissed Kohli for just five as Tripathi covered a lot of ground to dismiss the RCB skipper. Kohli was nowhere near the pitch of the ball as he looked to go over cover with the drive, the bat-face turned on impact and he ended up slicing it high and over cover.

Tripathi ran back, kept his eyes on the ball and took a good tumbling catch, as the ball dropped in front of his right shoulder. The perfect start for the Knight Riders after losing the toss.

Meanwhile, RCB head coach Simon Katich spoke about KKR being a dangerous team and asked them to be aware of the two-time IPL champions.

Also Read: IPL 2021: Know The Wives and Girlfriends Of The 8 Skippers

Speaking on RCB’s Twitter handle, head coach Simon Katich believes that the Eoin Morgan-led side may have lost their previous face-off to MI, they still are a ‘very dangerous team’.

“We know that KKR played two very good games. They didn’t quite get the result in the second game. But they did a lot right, and they are a very dangerous team.

Simon Katich further pointed out that it’s the first day game of the season, hence, it’s going to be a challenge for both teams to adapt to the conditions.