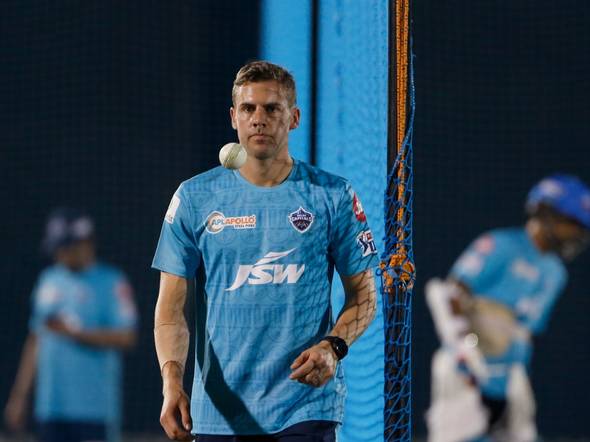 The second leg of the Indian Premier League has already kick-started as Rajasthan Royals take on the Delhi Capitals for the second time in this tournament at the Dubai International Cricket Stadium. One side is lying on top of the table whereas the other is lying at the bottom of the table which is why this battle will be an interesting one to see if Rajasthan Royals do manage to bounce back yet another time today.

Shreyas Iyer led Delhi Capitals are having a dream run in the going IPL as they have lost just two matches after playing eight. Even though they have been hit by a few injury concerns, it hasn’t reflected in their performance as when one player was down, the others have stepped up and supported the team. Whereas Rajasthan Royals have not been at their this season, they’ve had two close finishes all courtesy Rahul Tewatia’s sublime hitting but other than that they haven’t been at their best.

With both sides having problems of their own, let’s wait and see how the sides fare up when they go head to head at the Dubai International Cricket Stadium. Which is why let us take a look at the five key players to watch out for from both the sides.

Let’s take a look at the five key players to watch out for when Delhi Capitals lock horns with Rajasthan Royals:

‘The Rahul Tewatia‘ has done what the likes of Jos Buttler, Steve Smith couldn’t do for the Rajasthan Royals side this season. One can never forget those 5 sixes he hit in an over to Sheldon Cottrel during that match against Kings XI Punjab. He has been one player for Rajasthan who has been contributing with both bat and ball this season.

As a bowler, he has one of the best bowling figures playing at the Sharjah Cricket Stadium. Which is why watching Rahul Tewatia bat and bowl is always pleasing to the eye as there is always new to expect from the Haryana player.

“Blessed To Have Spoken To Them” – Jemimah Rodrigues Reveals Speaking To Rohit Sharma...

[Watch] Henry Nicholls Gets Dismissed In A Bizarre Fashion As The Ball Deflects Off...

“Blessed To Have Spoken To Them” – Jemimah Rodrigues Reveals Speaking...