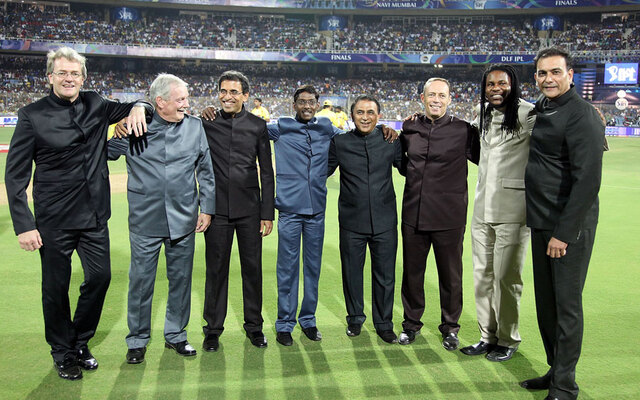 Broadcasters Star Sports has released a star-studded list of commentators for the 2020 edition of the Indian Premier League (IPL). Former India cricketer Sanjay Manjrekar continues to remain absent from the list after his fall out with the Board of Control for Cricket in India (BCCI).

The illustrious chart witnessed the names of Harsha Bhogle, Sunil Gavaskar, Ian Bishop, and Kevin Pietersen to name a few. Lisa Sthalekar and Anjum Chopra are two women commentators on the list. Sthalekar, an ICC Hall of Famer, has been part of IPL commentary panel in past. Chopra, the former India captain, is the voice of women’s cricket in India.

On the other hand, Former India chief selectors Kris Srikkanth and MSK Prasad will be commentating in Tamil and Telugu, respectively. Former India assistant coach Sanjay Bangar is part of the Hindi commentary team.

Speaking about the Star Sports Select dugout, the list includes five overseas cricketers. They will be calling the game from the studio in Mumbai. The team will analyse the minute details of the game.

However, Sanjay Manjrekar continues to remain away from commentator’s list. Incidentally, the former cricketer has fallen off the radar for his controversial statements. Last month, Manjrekar had requested BCCI take him back as a commentator for the upcoming IPL but it has not worked.