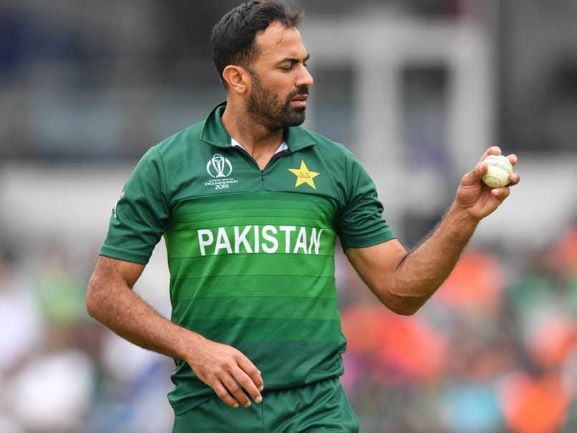 The veteran Pakistan cricketer Wahab Riaz has opined that team Pakistan has full potential to beat India in the marquee T20 World. Notably, India will face off Pakistan in their first match of the event which will be held on 24 October. Also, Pakistan is searching for a victory against India in the World Cup events because so far India has come out victorious in each and every World Cup match against Pakistan.

Which team are you rooting for? #T20WorldCup🏆 pic.twitter.com/aw1gchGVNR

In an interview 36-year-old, Wahab Riaz stated if Pakistan plays with their full potential they can dominate any team in the world including Virat Kohli-led Team India. Also, he further added that the shorter format of the game is very unpredictable and it can turn in anyone’s favor in just a few overs.

“They definitely have the ability to achieve that result. If Pakistan plays to its potential, then they can beat any team in the world including India. Twenty20 cricket is such a format that the whole match can turn in the space of a few balls or even one incident and the Pakistan versus India match will be no different. If Pakistan play at their best, they can certainly beat India,” Wahab Riaz told in an interview

Pakistan’s pacer Wahab Riaz claimed that the Men in Green can beat India during the upcoming T20 World Cup.

The 36-year-old believed that Pakistan could beat any team in the world if it played up to its potential.

“I feel that I should have represented Pakistan on more occasions than I did”: Wahab Riaz

Speaking to PakPassion.net, Wahab Riaz mentioned that he should have played more international games for Pakistan than he has currently played. Also, he opined that shifting of home matches of Pakistan to UAE turned out to be detrimental for all Pakistan Pacers. Further, Riaz added that he hopes to play more games for his national side.

“Yes, I feel that I should have represented Pakistan on more occasions than I did. But the major setback for me was when Pakistan’s home matches had to be shifted to UAE where spinners were needed more than pace-bowlers. That period of playing home matches in UAE was detrimental to the careers of a lot of Pakistani pace-bowlers. including myself. But who knows what the future holds, there might yet be a few more international matches to come for myself,” Riaz concluded.