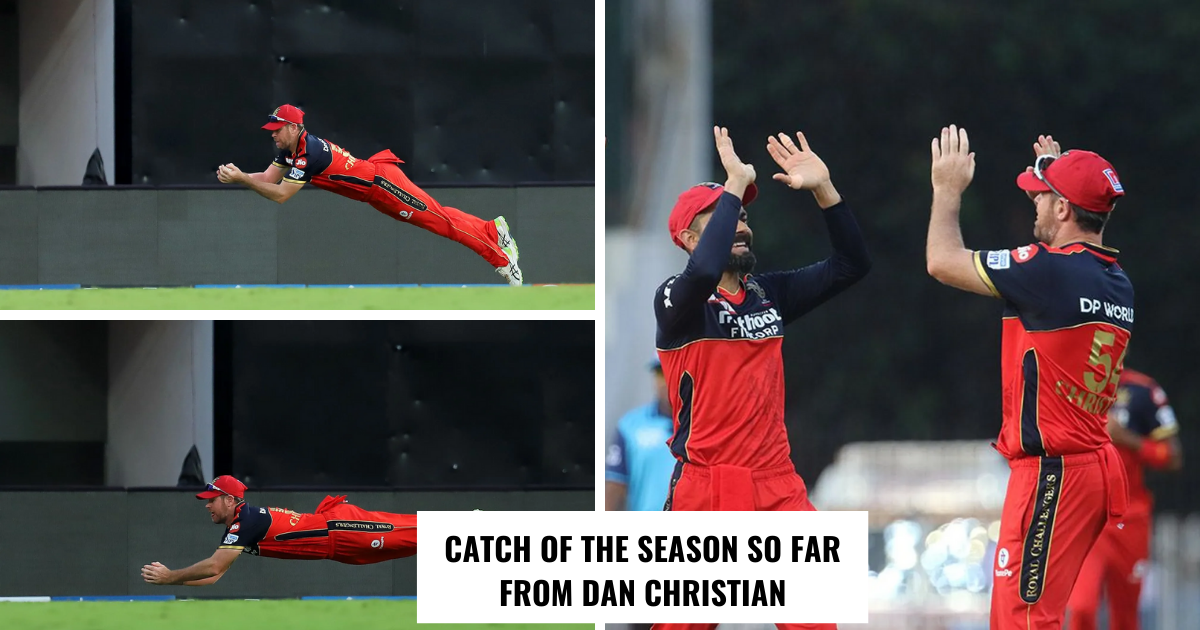 Chasing 205 to win, Shubman Gill gave KKR a good start scoring 20 runs of Kyle Jamieson’s first over. However, the tall Kiwi bowler made a comeback by taking his wicket in the fifth delivery of his over. He bowled a slower delivery on the wicket ball and Gill played a good shot. However, Australian all-rounder Dan Christian came in the way and completed a brilliant catch.

This happened after RCB posted 204/4 batting first. They scored 70 off the final five overs with AB De Villiers (76) scoring over 50 runs of those. He and Glenn Maxwell (79) added a 53-run stand for the fourth wicket before Padikkal and Maxwell added 86 for the fourth wicket.

Meanwhile, Gill departs in quest to play another biggie. Fullish and angles it in, Gill uses his bottom hand and smashes it uppishly towards mid-on. Doesn’t get his placement right, Christian, who’s come on as a sub, flies across and snatches a stunner. Jamieson draws first blood for RCB and it was the slower ball that foxed the batsman as Gill lost timing on it.

The KKR bowlers were pummelled all over the ground by the Maxwell-De Villiers duo. Russell and Harbhajan Singh both went for 38 runs each. Pat Cummins went for 34 off his spell and took the timely wicket of Maxwell. Shakib also went for 24 off just two overs.

Heading into this game, RCB won back to back games while KKR lost to Mumbai Indians after winning their opening game against Sunrisers Hyderabad. This is the first match where 200 has been breached by the team batting first. KKR’s 187/6 against SRH in their first game was the highest score before RCB’s 204/4.

Also Read: Athiya Shetty Has An Adorable Message For KL Rahul On His 29th Birthday