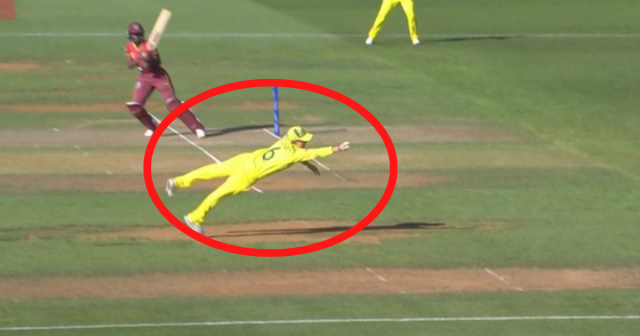 Catches win matches! This is something we hear from cricket commentators on a regular basis. A dropped catch can cost the team a match. Whereas a good catch at a crucial stage can turn the game on its head.

Australia and West Indies faced each other in the Semi-final 1 of ongoing ICC Women’s World Cup 2022. The match was reduced to 45 overs per side due to rain. West Indies won the toss and opted to field.

Australia gave a huge target of 306 runs for West Indies to chase. In the 4th over of West Indies innings, Beth Mooney took a brilliant catch at square-leg. Rashada Williams tried to pull a short-length delivery from Megan Schutt.

Mooney dived to her right and grabbed a one-handed screamer. Williams walked back to the dressing room without disturbing the scorers.

For Australia, openers Rachael Haynes and Alyssa Healy added 216 runs for the first wicket. Haynes made 85 (100) and Healy smashed 129 runs off just 107 balls. Meg Lanning (26) and Beth Mooney (43) had an unbeaten 69-run stand for the fourth wicket.

In reply, West Indies kept losing wickets at regular intervals. Opener Deandra Dottin showed some intent in her 34-run knock, but failed to convert it into a big one. Captain Stafanie Taylor was the top-scorer with 48 runs off 75 balls.

Australia comfortably won the match by 157 runs. Alyssa Healy was adjudged the Player of the Match for her century.