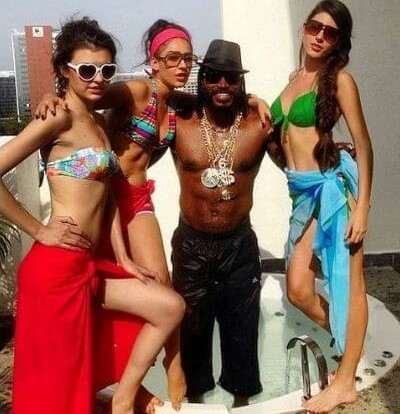 The Universe boss has been involved in quite a few controversies. Asking out the TV Presenter Mel McLaughlin during a BBL match is probably the biggest one of them all. After asking her out for a drink, Chris Gayle said “Don’t blush, baby”. McLaughlin was visibly distressed and uncomfortable and social media lashed out at Gayle following this incident.

Gayle, who is arguably the greatest T20 batsman ever, was found interacting with three British women in his Sri Lankan hotel room during the 2012 ICC World T20.

The Jamaican was involved in another over-the-top flirting incident when he bragged about his “very, very big bat” to Charlotte Edwards during an interview. Proves Chris Gayle certainly doesn’t hold back on the field or off the field.